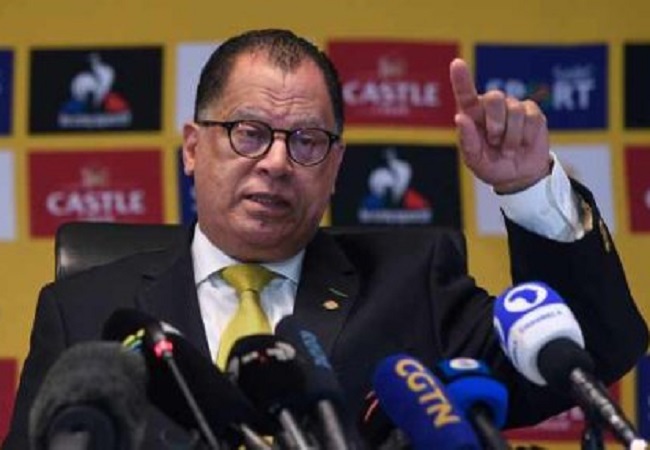 South Africa went down in Group G’s table topping Fifa World Cup qualifier decider in Ghana on Sunday evening following a 1-0 loss on controversial penalty. According to SAFA, there is an adequate amount of proof that the match was manipulated by woeful refereeing.

After lodging a complaint to FIFA and CAF, SAFA president Danny Jordaan insisted that the association would not involve fellow South African Patrice Motsepe who currently acts as the president of CAF in their ongoing corruption case against Ghana following their marred Fifa 2022 World Cup Qualifier.

According to Jordaan, SAFA will rather fight their own battles as they’re more than capable of handling the matter themselves.

“We’re not going to Patrice Motsepe. He must not get involved. We’re a member of CAF and FIFA and we hosted the World Cup. We can fight our own battles, that you know. So we don’t need help. We need facts, analysis and we have that.

Read More : “IF GHANA LOSES, THERE WERE MAJOR PROBLEMS EVEN FOR THE PRESIDENT” – DANNY JORDAAN

“We thank Ace Ncobo for his contribution. As Ace said it was in the middle of the night after the game. But our blood was boiling and I thought no. We must deal with this issue and I called him. He immediately said yes, I can assist. So I want to thank him and we are very happy with the outcome.” He added.