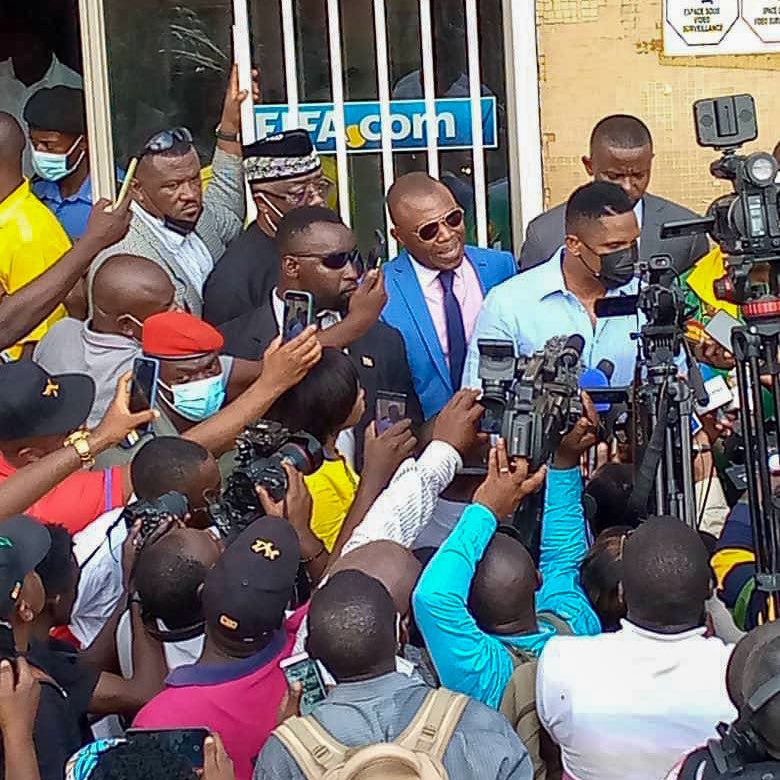 The ex-Barcelona, Chelsea and Inter Milan star confirmed via his tweeter handle to have submitted the papers in Yaounde on Wednesday ahead of the December 11 2021 polls.

“Today, I have officially submitted my candidacy for the upcoming @FecafootOfficie elections. I am honoured to be able to do so, and I hope that I can help reform the federation and take our beloved sport to the next level,” Eto’o tweeted.

The candidature of the African football great has excited some supporters in Cameroon where they gave him a round of applause at Japoma Stadium on Sunday when the Indomitable Lions beat Ivory Coast 1-0 to sail through to the final qualifying round of the World Cup qualifiers.

The 40-year-old is set to square up against Seidou Nyoya Mbobo, Jules Denis Onana, Emmanuel Maboang Kessack and Ivo Chi during the December 11 elections coming a month before Cameroon hosts the Africa Cup of Nations finals.

The presidency fell vacant after the Court of Arbitration for Sport cancelled the tenure of the incumbent Mbobo.

Eto’o wants to emulate former Africa football greats such as Kalusha Bwalya who became Zambia FA president during which time the Chipolopolo won the Africa Cup of Nations title in 2012 for the first time.