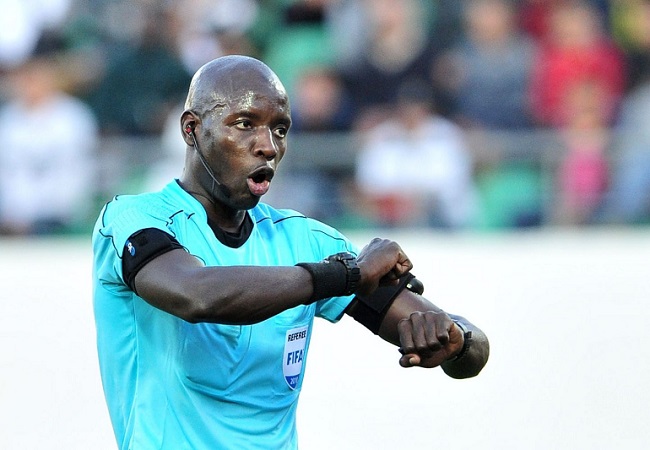 Ndiaye Maguette could be hit by a lifetime ban from refereeing if the South African Football Associations complaint against him is upheld by FIFA.

Maguette is unlikely to referee in the upcoming Africa Cup of Nations. And he could also be withdrawn from the list of CAF Candidates put forward as potential officials for the 2022 World Cup in Qatar.

SAFA filed an independent report from retired referee Ace Ncobo alongside their complaint against the referee for his performance in South Africa’s World Cup Qualifier to Ghana.

Ncobo has been scathing in his pointed criticism of Maguette’s performance, which he believes shows evidence of match manipulation.

“If there is one referee who has displayed deliberate bias as we have now discovered he doesn’t deserve to go there. You can’t take somebody who makes it his mission to unlawfully manipulate a match and influence its outcome to the highest stage in the world.

“The World Cup is a very powerful tool for social cohesion the world over. It can’t be given to people who show a lack of integrity so we would not expect him to form part of the panel.” Ncobo added.

SAFA CEO Danny Jordaan said it would be wrong to allow this kind of officiating to take place at a World Cup.

Also Read :  DANNY JORDAAN INSISTS SAFA WILL NOT INVOLVE CAF PRESIDENT IN THEIR CASE AGAINST GHANA

“The painful part based on this analysis is that the referee who handled the first half could never be considered in any World Cup or qualification match. The referee in the second half can be considered so it depends on which referee you want to send.