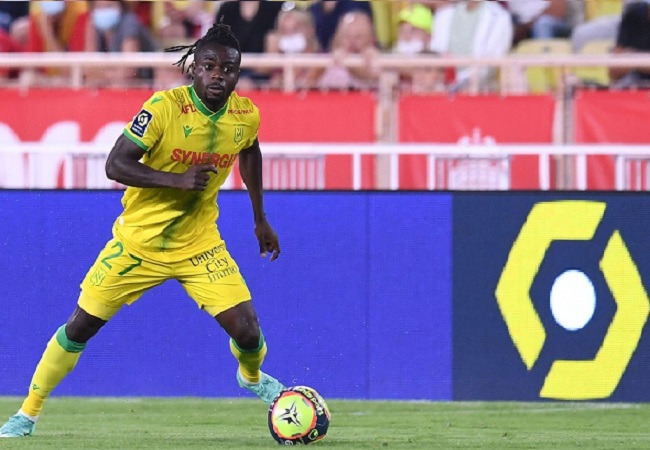 Nantes are away to Paris Saint-Germain (PSG) for the huge clash at Parc des Princes in Paris on Saturday evening. And Nantes coach Antoine Kombouaré will not count on Super Eagles winger Moses Simon.

Nantes have announced their matchday squad for the trip to the French capital. And Simon has not been named in the traveling party.

The winger’s omission is not surprising as he suffered an injury during Tuesday’s 2022 World Cup qualifying match against Cape Verde. This led to his replacement by Abdullahi Shehu in the 68th minute.

Also Read : WCQ: SUPER EAGLES THROUGH TO PLAYOFF ROUND AS LIBERIA SIGN OF WITH WIN

Kombouaré confirmed at the pre-match press conference that the Nigerian picked up an injury on international duty.

Moses has been very influential for Nantes in the current season. He is their top assist provider with six. And his other goal involvement was his consolation strike in a 3-1 loss to Stade Reims on matchday eight.

The 26-year-old will not have the chance to play against PSG superstar Lionel Messi. Something that has happened only once in his career, back in the 2018-2019 season while wearing the colours of Levante in La Liga.