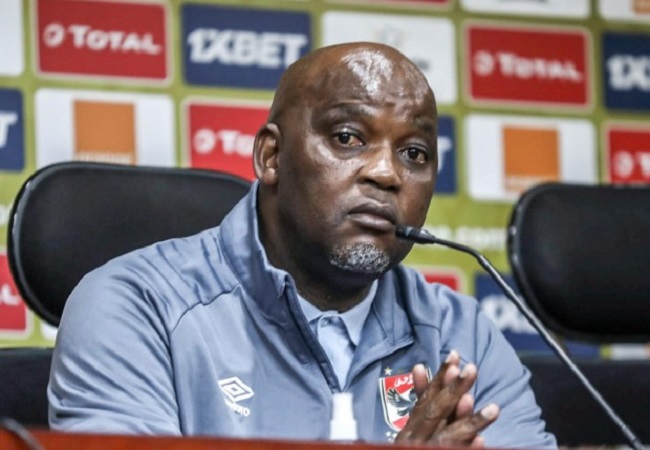 The Egyptian giants secured a difficult 1-0 win against Arab Contractors thanks to a Hamdi Fathi goal. Despite the unusual shaky performance, Mosimane believes that it’s because of the international break.

“Our international players participated in two matches with their national teams. It’s normal for their level to decline during the match.” Mosimane declared.

“The performance was good. We imposed ourselves. But we missed many opportunities. I’m happy to win because we faced a strong team. And because usually after big matches, such as the victory over Zamalek, we don’t win the next one.

“Before the match, you can’t easily decide to rest key players. We will lose an important player in Hamdi Fathi in the next match, a player capable of playing multiple roles on the field. But this is not an excuse in front of Ghazl El-Mahalla.” He concluded.

Hamdi Fathi was sent off in the dying moments of the game. This means that he will miss their game against fourth-placed Ghazl El-Mahalla next Monday, 22 November.