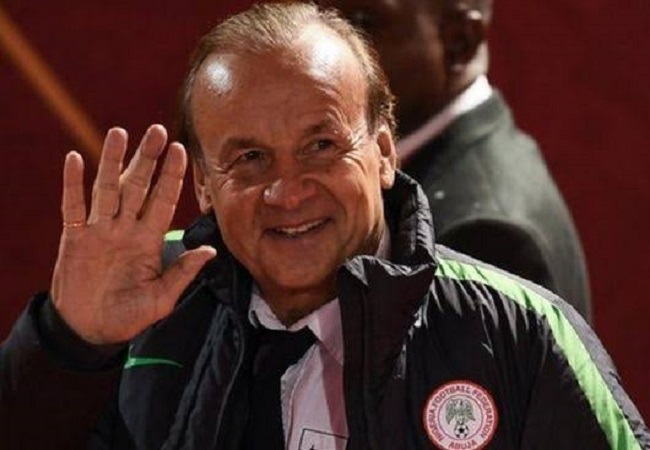 Head coach of the Super Eagles, Gernot Rohr, is not paying attention to the sack rumours circling around him and is preparing for the Africa Cup of Nations next January.

Rohr has told ESPN he will get his team together by the end of December. The German tactician however admitted he may not be there for the tournament which will be held in Cameroon.

“My proposal is for us to camp in Nigeria at the end of December to start on the 28th. And then a friendly in the country and then go early to Cameroon where we have very good conditions to prepare in Garoua where our team is playing.

“But let us see if I can still decide if we are preparing. We will see.” Rohr said.

It is understood that Rohr’s future was discussed at a crisis meeting between the NFF Executive Committee and its Technical and Development Committee after the 1-1 draw with Cape Verde.

The decision to keep him was made, only made because the NFF would not be able to afford his termination penalty fee.