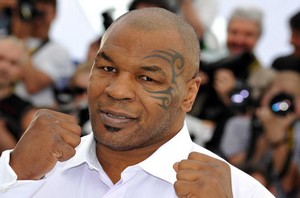 Malawi Ministry of Agriculture said they opted for Tyson because he runs a firm which promotes cannabis cultivation in California, America.

“This created opportunities for the legal cultivation of cannabis for both medicinal and industrial purposes and offering the country an opportunity to diversify the country’s agricultural production and potentially generating the much-needed foreign exchange,” the letter reads.

Lowe said they need partners to promote cannabis for Malawi whose economy is agro-based.

“In spite of all these perceived benefits, Malawi may not go it alone as the industry is complex requiring collaboration. I would therefore like to appoint you, Mr Mike Tyson, as Malawi’s Cannabis Branch Ambassador,” the letter reads.

Malawi Ministry of Agriculture spokesperson Gracious Lungu confirmed to The Daily Times newspaper of Malawi that Tyson was set to visit the African country following the offer.

“He will visit the country any time soon,” Lungu said.

Malawi is located in Southern Africa tucked between Tanzania, Zambia and Mozambique.