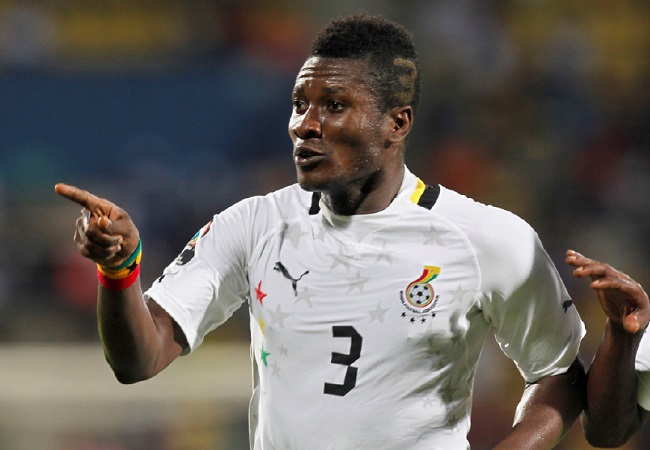 Legendary Ghana striker Asamoah Gyan has weighed in on the penalty incident between the Black Stars and Bafana Bafana.

With Andre Ayew, who was earning his landmark 100th appearance for Ghana on the night, stepping up as the captain, slotting the spot kick away, and sending Bafana Bafana captain Ronwen Williams the wrong way in the process. In the end that goal would prove to be the decisive one as it sent the home side to the play-off round of the World Cup Qualifiers and the visitors home.

After an outpour of outrage from Bafana Bafana fans and current and former players, coaches and sports pundits SAFA CEO Teboho Motlanthe then vowed that they will fight the matter and seek the intervention of both FIFA and CAF for this matter. They then followed up on their intent with an official complaint which FIFA confirmed to have received after SAFA’s public briefing on the case.

Since then there has been a lot of back and forth between SAFA and the Ghana Football Association (GFA). There has also been a lot of hot debates from fans, pundits and broadcasters alike. Now the latest individual to enter that debate is none other than Ghana’s all time top goal scorer Gyan. And his opinion might just surprise you.

“I think the incident (Ghana penalty vs Bafana Bafana) was a bit casual,” Gyan told Asempa FM on Tuesday.

“There weren’t many cameras on the day to give us different angles unlike what we see in other league matches elsewhere. From where I sat and how I saw it, the infringement was debatable. I think Daniel Amartey went down too easily. This is my thought based on where I sat and how I saw things. However, the referee was closer to the spot and probably had a better view of the situation.” Gyan continued

Gyan then accounts to what might of led the Senegalese referee Maguette Ndiaye to make the call.

“Remember also that the tempo of the game was also high. And that could have influenced the referee’s decision to award the spot-kick to Ghana. We [are] all Ghanaians and support the Black Stars to win games. So I always follow them even though I’m not part of the squad. I’m always supporting them to qualify to the World Cup. If I compare the game against Ethiopia and South Africa, I would say the Black Stars were better against South Africa.” Concluded Gyan.