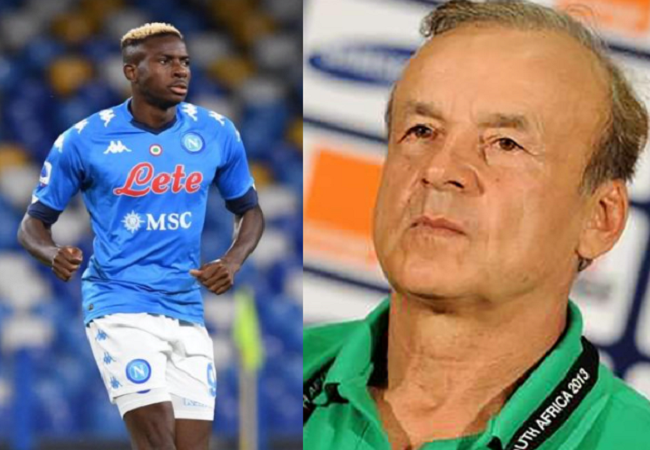 Super Eagles and Napoli striker, Victor Osimhen, underwent facial reconstruction after suffering multiple fractures to the cheekbone and orbital bone after injury in an aerial clash with Inter Milan’s defender, Milan Skriniar, last Sunday in a Serie A clash.

The news of his long layoff, which includes the duration of the African Nations Cup in Cameroon, is giving officials of the Nigeria Football Federation (NFF) a sleepless night.

The initial rehabilitation is said to be for at least 90 days. This rules Osimhen out of the 2022 Nations Cup, which kicks off on January 9.

As things stand, an official of the NFF told The Guardian on Thursday that the absence of Osimhen would be ‘surely missed’ by the Super Eagles at Cameroon 2022 AFCON.

“The Super Eagles will feel the impact of Osimhen’s absence greatly if he can’t recover on time for the AFCON in Cameroun.” The official said pleading anonymity.

The Guardian recalls that Osimhen only featured for 45 minutes for the Super Eagles at Egypt 2019 AFCON, the third-place match against Tunisia. A game which Nigeria won 1-0.