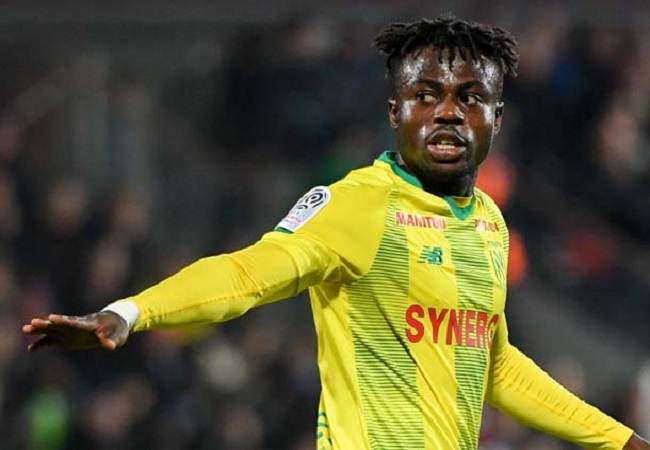 Nantes are meeting Lille at Stade Pierre-Mauroy this Saturday evening in Ligue 1 game. And Nantes manager Antoine Kombouaré can count on the services of Moses Simon for his side

The Nigerian winger has been given the green light by Nantes medical team to make his comeback against the champions.

Simon suffered a calf injury while wearing the colours of Nigeria in the most recent international break. An ailment that ruled him out of the visit of PSG on matchday fourteen.

Also Read : BIG BLOW FOR NANTES AS MOSES SIMON RULED OUT OF HUGE CLASH AGAINST PSG

The Super Eagle was named in the traveling squad to face Lille. And it is surely confirmed that he will be included in the matchday 20 barring an injury in the pre-match warm up, with only twenty players selected by Kombouaré.

Simon’s return is a huge boost for Nantes as he has been one of their most influential players in the 2021-2022 season.

Only France World Cup winner, Kylian Mbappe (7) has managed more assists than the Nigeria national teamer (6) in the Ligue 1 this season.

Prior to Simon’s injury enforced lay-off, he was named in the starting lineup in every single game played by Nantes in the division.