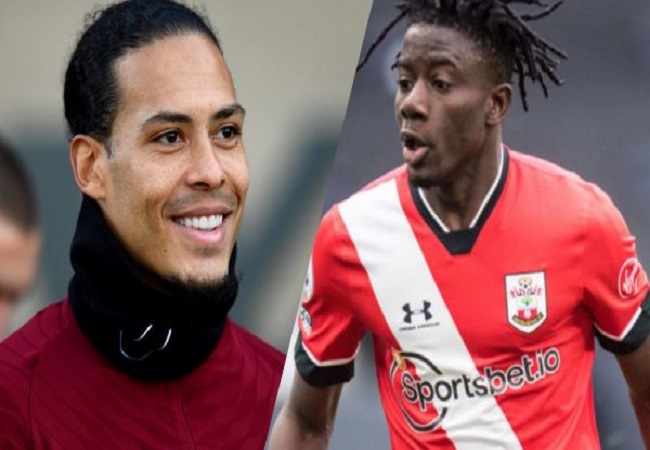 Ghanaian star Mohammed Salisu, speaking ahead of the English Premier League game between his club, Southampton FC and Liverpool at Anfield on Saturday, disclosed that he is a fan of Liverpool FC ace Virgil van Dijk.

The 22-year-old central defender has been one of Southampton’s best players thus this season having played 12 games in the league.

Van Dijk has been hailed as arguably the best central defender in the world. And he was on the books of Southampton between 2015 and 2018.

Salisu stated that he wants to be the Netherlands captain Van Dijk, who is the only defender to win UEFA Men’s Player of the Year.

“One day, I want to be like him. Especially with how he plays and the confidence he has and how he leads the team.”

Salisu started his senior career with Valladolid, featuring for the reserve side before making his first team debut in 2019.

He made 34 competitive appearances for the club before joining Southampton for a £10.9 million fee in 2020.