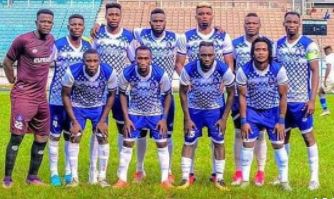 Rivers United defeated Egyptian side Al Masry 2-1 at the Enyimba Stadium Aba in the first leg of the CAF Confederation Cup playoff on Sunday.

The host took the lead in the 25th minute as Malachi Ohawume set up Uche Onwusanya who broke the deadlock.

The host lead was restored back ten minutes before the break through Ishaq Kayode.

Rivers United could have extended their lead, but Al Masry ensured they do not concede more goal heading into the second leg as they scored a vital away goal.

Rivers United will now have to prepare for the second leg next week at the Borg El Arab Stadium.