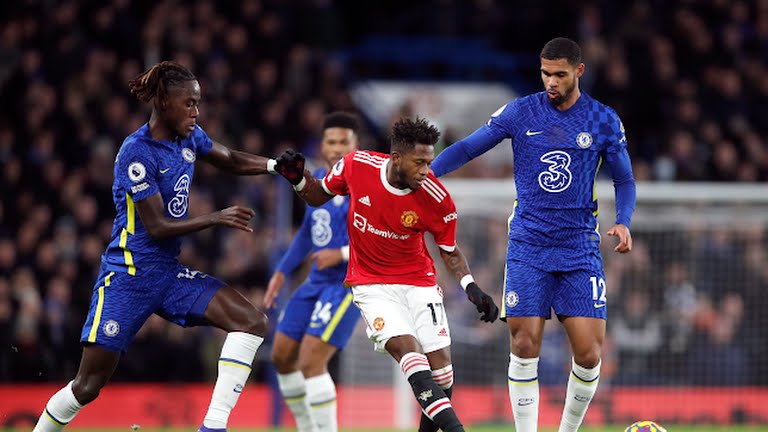 Chelsea have drawn their ¨Premier League matchday 13 clash against Manchester United tonight (1-1) at the Stamford Bridge giving Man City a chance to get closer to them on the table.

Without Cristiano Ronaldo in the starting team of the Red Devils, the Blues had less danger in their camp.

However, they failed to take advatnage of that situation in order to score before the Portuguese comes on.

Read more : Michael Carrick – Why I named Cristiano Ronaldo on the bench vs Chelsea

Chelsea could not lose that game in front of their fans and they gave it all to equalized.

And the scorer was no one other than Jorginho who converted a penalty Brazilian centre-back Thiago Silva provoked (69th minute).

The scoreline did not change until Mr Anthony Taylor whistled the full-time with Chelsea having just one point (30) ahead of Man City who are second on the standings with 29 points.

On the other hand, this 1-1 draw allows Man United to clim from the 10th position to the 8th.