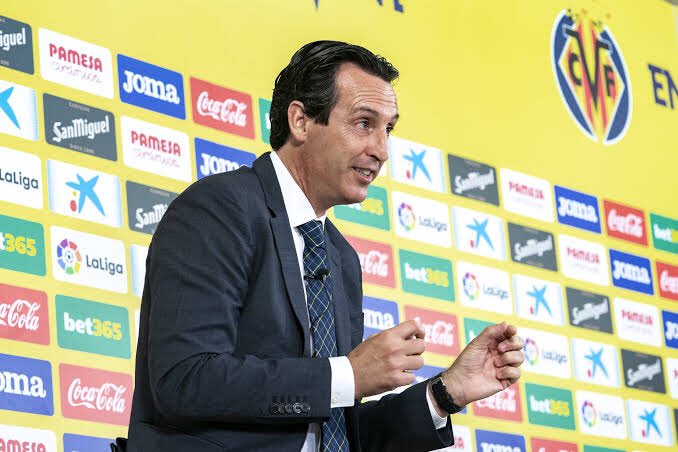 Villarreal manager Unai Emery has blamed poor officiating for their 3-1 loss at home against Barcelona in Sunday’s La Liga at the Ceramica.

The Yellow Submarines suffered a consecutive loss at home within the space of three days after losing to Manchester United in the UEFA Champions League.

Despite the loss,Emery underlined his team’s hard work, despite the defeat to FC Barcelona.

The Spaniard in his post-match interview said;

“I’m happy with the performance of the team. We found positive things that we can improve on, even if we’ve let points slip away in LaLiga.

“What we don’t understand are the two penalties.

“There are two clear penalties that the referee doesn’t give.

“A handball by Piqué and a pull by Eric García on Raúl Albiol. It’s unexplainable.”
Both teams could have scored in the  first half but failed to as they headed into the tunnel goalless.

Samuel Chukwueze came off the bench and equalized for Villarreal in the 76th minute.

However, two minutes to regulation time, Memphis Depay restored the lead before Philippe Coutinho scored from the spot to make it 3-1.