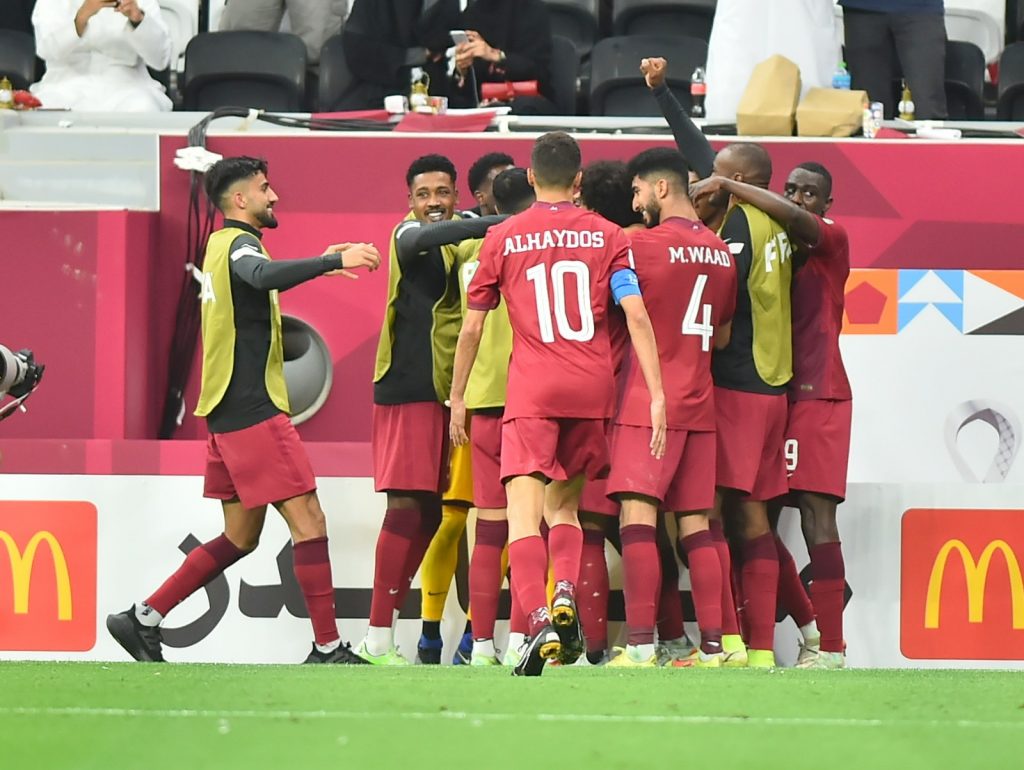 Asian champions Qatar kicked off their FIFA Arab Cup campaign with a 1-0 victory over Bahrain in second Group A match at the brand new Al Bayt Stadium on Tuesday.

A 69th minute goal from Abdulaziz Hatem off an assist from Akram Af8f was all the host needed to start their campaign on a winning note.

Earlier in the first Group A game, Iraq and Oman played a 1-1 draw.

Al Yahyael Salaah gave Oman the lead in the 78th minute before Hasan Abdulkareem got the equalizer for Iraq in added time.

Qatar next game will be against Oman on December 3 at Education City Stadium while Bahrain will trade tackle with Iraq.