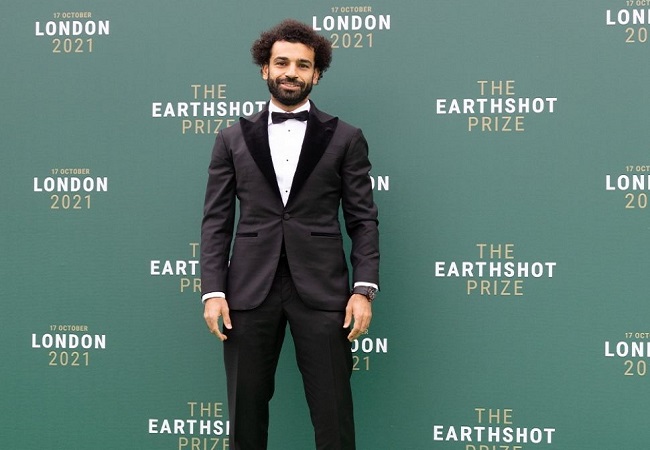 Liverpool star Mohamed Salah has won the Men’s Player of the Year 2021 Award for Football Supporters Association (FSA) in the United Kingdom.

The Egyptian forward received the award at a gala which took place on Monday night in Lilongwe where FSA presented the accolades alongside BeGambleAware.

Some 40,000 fans are reported to have cast their votes in the largest supporter-led awards in the UK.

Salah is the fourth Liverpool player to scoop the award in 11 years and the first to win such an award twice, according to FSA.

Previous winners of the FSA Men’s Player of the Year include Bruno Fernandes, Virigl van Dijk and Harry Kane.

Speaking after receiving the award, Salah is quoted saying:

“I’m honoured to be the first player to win this award twice. I would like to thank the organisers and all the football fans who voted for me,” he told FSA website.

“There’s no doubt Mohamed is having another incredible year, the number and quality of his goals have once again lit up English football and contributed to Liverpool’s title push,” he is quoted saying.

“As well as his on-field ability, Mohamed’s character has won support from fans across the game and he was a clear favourite among the voting public.”

BeGambleAware chief executive officer Zoe Osmond also told FSA website that the company was excited to have partnered FSA in the awards.

“We are pleased to be supporting the FSA Awards once again this year and in doing so, working together to encourage everyone to ‘tap out & take a moment’ before making a bet. Our partnership with the FSA is an important one as we work together to keep football fans and players safe from gambling harms,” he said.

There were 10 categories which fans voted for, including the player and pundit categories, while FSA panel voted for Club Podcast, Fans for Diversity, Fanzine and Supporter Liaison Officer of the Year.

Men’s Player of the Year:

Women’s Player of the Year:

Fan Media of the Year:

Club Podcast of the Year:

It’s All Cobblers To Me

Commentator of the Year:

Fanzine of the Year:

Newspaper of the Year:

Online Media of the Year:

Podcast of the Year:

Pundit of the Year:

Radio Show of the Year:

The Warm-Up WIth Max Rushden

Supporter Liaison Officer of the Year:

Writer of the Year: