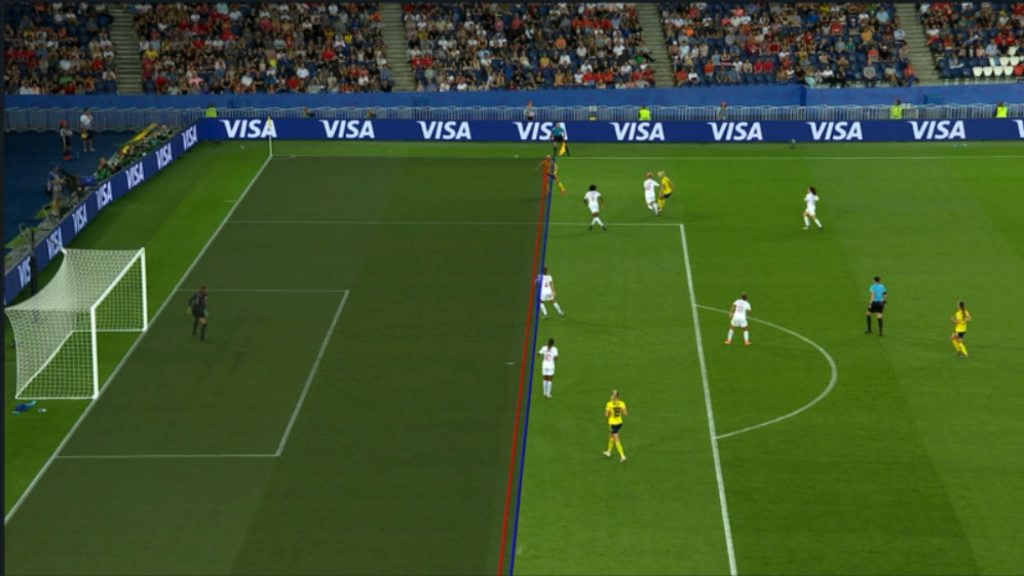 The semi-automated offsides technology will be tested for the first time at the FIFA Arab Cup which starts today.

The use of technology according to FIFA would help officials make more accurate offside decisions.

The innovation that would have been trial in 2020 were disrupted by the coronavirus pandemic, however, tests have taken place in England, Spain and Germany.

According to FIFA, the”Semi-automated offsides” work using between 10 and 12 cameras which collect up to 29 data points for every player 50 times per second.

If it spots a potential offside an alert is sent to the video assistant referee (VAR), who has the final call.

“VAR has had a very positive impact in football and the number of major mistakes is reduced, but there are areas where it can be improved – and offside is one of them,”

“We are aware the process to check offsides can take longer [than other decisions], especially when it is very tight. We are also aware that the positioning of the lines may not be 100% accurate.

“For this reason Fifa is developing a technology which could offer faster and more accurate answers.

“This is known as semi-automated offside.

“For offside the decision is taken after analysing the position of players, but also their involvement in play.

“Technology can draw a line but the assessment remains in the referee’s hands. This remains crucial.”

“It is based on limb-tracking technology.

“Software is processing this data and, in case of an offside offence, an automated alert is sent to the video operations room.

“That’s the reason we call it ‘semi-automated’ – at the end it is still the VAR who has to validate and confirm the proposed offside.

“Then the VAR informs the referee on the pitch about the decision.

“There are two focus points.
“The first focus is on the kick point – the moment the ball is played – and the second is which body part is closest to the goalline, the defender or the attacker.

“We hope with technology that we can be faster and more accurate.”

The Arab Cup, which features 16 teams and is staged across six stadiums in Qatar, is the most significant trial for the technology yet.