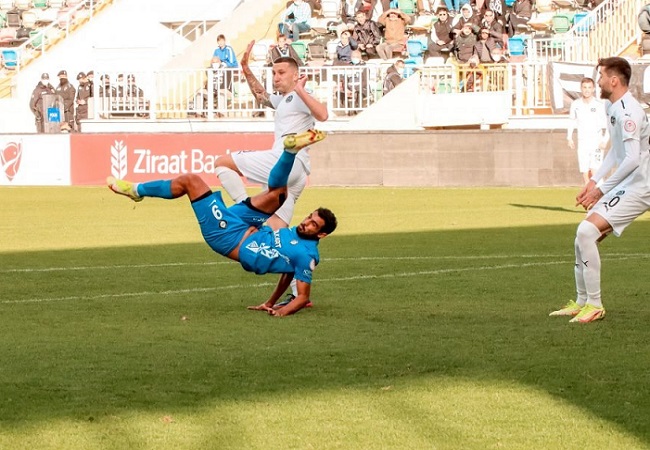 Egyptian international, Ahmed Yasser Rayan, scored a brace in Altay SK’s win over Manisa SK in the fourth round of the Turkish Cup.

Altay started the game on the wrong foot, having conceded a goal in the 34th minute through Veli Çetin. Cameroon international Serge Tabekou then added the second right before half-time.

Eleven minutes into the second-half, Rayan managed to reduce the deficit with a brilliant overhead kick inside the penalty area.

Then in the 69th minute, the 23-year-old found himself in a one on one situation and calmly placed the ball past the goalkeeper to bring the scores back level.

Former Spartak Prague forward, Marco Paixão, then scored a brace of his own in the 74th and 84th minute to make it 4-2 for the hosts.

In 12 so far with Altay, since joining them on loan from Al Ahly, the Egyptian striker managed to score seven goals in the league and cup and provided one assist.