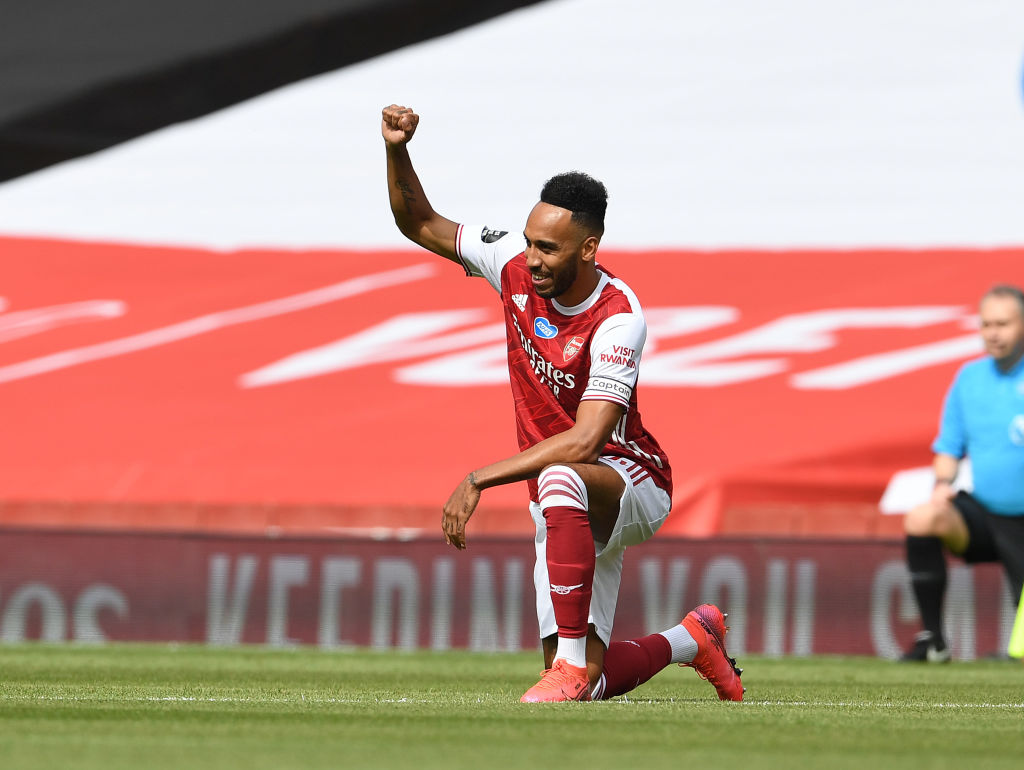 Arsenal manager Mikel Arteta has defended the mini-scoring drought of captain Pierre-Emerick Aubameyang, saying there was more to his game than just scoring.

The striker from Gabon has not scored in a couple of games now for Arsenal but overall, he has registered seven goals across all competitions this season.

But speaking to the media ahead of Arsenal’s domestic league game against United over the weekend, Arteta said he values the overall contribution of the skipper apart from scoring.

“Well, the form of Auba is always going to be related to the goals that he scores. He does many other things apart from scoring goals, but obviously, we need that contribution because goals are critical for our success. That’s been shown in the last few years when we’ve been able to do that and that has to be his aim, to continue to do all the things that he’s doing and then, in the right moments, put the ball in the net,” Arteta told Arsenal website.

Aubameyang joined Arsenal seasons ago from Borussia Dortmund in Germany and he has established himself as the Gunners main man upfront over the seasons.

In the other camp, Michael Carrick is set to be in charge of the game for United over the weekend while interim manager Ralf Rangnick, who has replaced Ole Gunnar Solksjaer, awaits his work permit.

Arsenal want to move up the table as they currently lie on fifth place with 23 points from 13 games, five points ahead of the eighth-placed United.