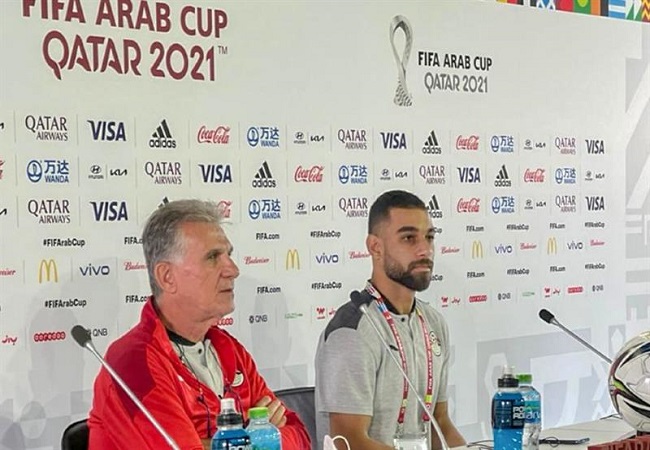 FIFA Arab Cup kicked off on Tuesday and Egypt will enter the campaign against Lebanon this Wednesday. However, the main focus of coach Carlos Queiroz remains preparing his side for the anticipated World Cup qualifying playoff in March.

Queiroz said his side would launch a title assault in Qatar but that what matters most is how the team can take full advantage of the tournament to get ready for the two-legged playoff.

“The Arab Cup arrives as a great opportunity to prepare our Team and Players for the playoff in March.” The Portuguese coach said on Twitter.

“Our World Cup final is in March. We are going to do everything to improve, to be better, and to put the Egyptian shirt always in a higher position.”

Egypt share Group D of the Arab Cup with Lebanon, Algeria and Sudan.

With the team mainly comprised of locally-based players, Queiroz will have a chance to test some new faces before the African Cup of Nations gets underway in January.

Egypt’s last meeting with Lebanon was a friendly game in 2012, which the seven-time African champions won 4-1.

“It is an honor for us to be here in Qatar and a great opportunity to grow up as a team in this Arab Cup. We want to be proud of our work and make people proud of our team. We are here with full ambition to achieve greatness.” Queiroz added.