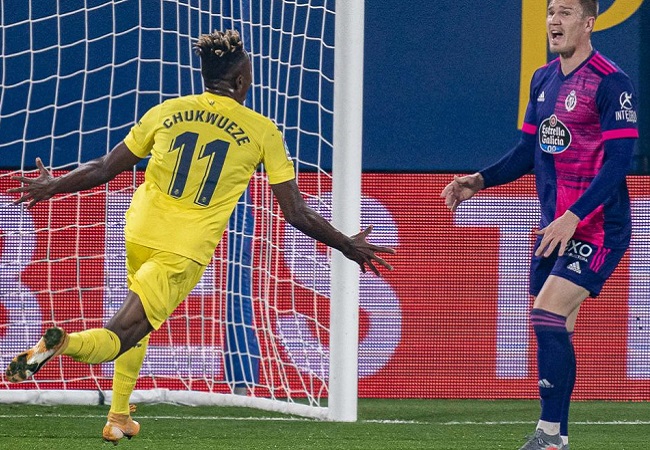 It was Chukwueze’s second goal in as many games after also scoring Villarreal’s goal in the 3-1 loss to Barcelona last Saturday.

The Nigerian international has now scored in all competitions for Villarreal this season. The 21-year-old scored his first goal of the season on his Champions League debut in Villarreal’s 4-1 win at Young Boys before netting against the Catalan giants on Saturday.

The Nigerian’s then scored again on Tuesday to put Villarreal five goals up. Alberto Moreno brace had put Unai Emery’s men ahead before Aissa Mandi made three.

Paco Alcacer extended the lead before Chukwueze scored the fifth in the 50th minute. Further goals from Gerard Moreno, Boulaye Dia and Nikita losifov sealed an emphatic victory for the Europa League Champions.