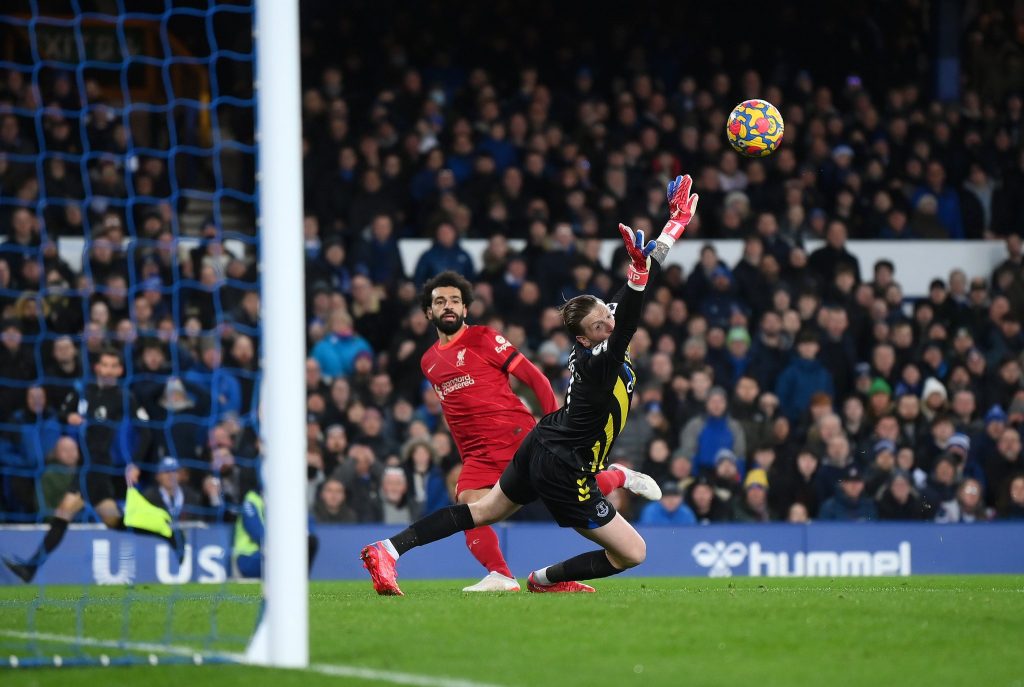 Mohamed Salah was the hero again for Liverpool who ran riot against Everton in their 4-1 victory in Wednesday’s Merseyside derby.

The Reds travelled to Goodison Park where their former manager Rafa Benitez has been struggling to get back to winning ways with Everton.

Henderson then set up the second goal for Salah clear in the 19th minute who beat Jordan Pickford to make it 2-0.

Everton pulled one back through Demarai Gray in the 38th minute as both teams could not score again heading to the break.

Salah scored his brace for the game as he cashed in on Seamus Coleman’s error to race clear and calmly tucked in the ball to make it 3-1.
He is now the first Liverpool player to score twice away at Everton in the Merseyside derby since Fernando Torres in September 2008.

Also, the Egyptian hass been directly involved in at least one goal in each of his last 12 Premier League appearances (11 goals, 7 assists), the third player to achieve that feat after Stan Collymore (12, March – August 1995) and Jamie Vardy (15, August – December 2015).

Diogo Jota piled on the pressure for Benitez and Everton when he took Andrew Robertson’s pass and made it 4-1 in the 79th minute.