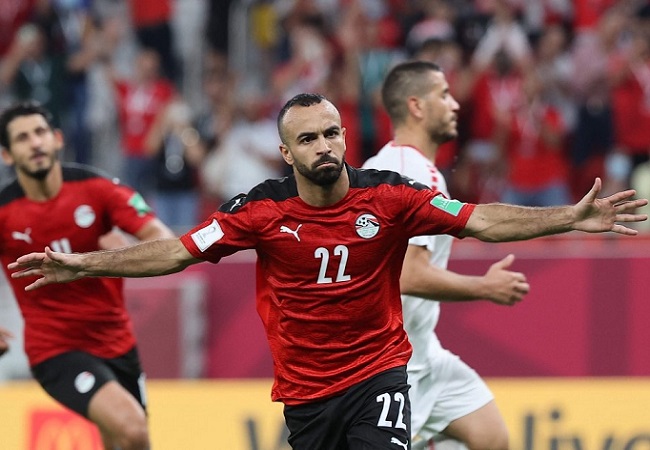 Egypt registered a narrow win over Lebanon in their FIFA Arab Cup opener on Wednesday. Ahly playmaker Mohamed ‘Afsha’ Magdi scored the only goal of the meeting to give the Pharaohs good start. And Afsha revealed that he hopes to score with his club when it is time to participate in the upcoming FIFA Club World Cup.

Ten-time African Champions Ahly will face the winner of the Concacaf Champions League, CF Monterrey of Mexico, in the second round of the FIFA Club World Cup.

“I scored many goals with Ahly in the African Champions League, and with Egypt’s national team in the World Cup qualifiers and African Cup of Nations qualifiers. So, I hope to find the nets again with the Red Devils in the FIFA Club World Cup.” Afsha told FIFA’s official website after the game with Lebanon.

“I didn’t score with Ahly in the previous edition of the FIFA Club World Cup. So, I hope to achieve my target in the upcoming edition of the prestigious tournament.”

Egypt needed a second-half penalty from Afsha to edge past a resilient Lebanon, claiming a 1-0 victory in their opening Group D game of the FIFA Arab Cup at Qatar’s Al-Thumama Stadium.

“My target is to always have an effective role in each game I play in, whether in the national team or with Ahly.” Afsha concluded.

Egypt will be facing Sudan in the 2nd round of the Group D games on Saturday.

The delayed FIFA Club World Cup tournament has been moved from Japan to the UAE. And it will run from 3 to 12 February 2022.