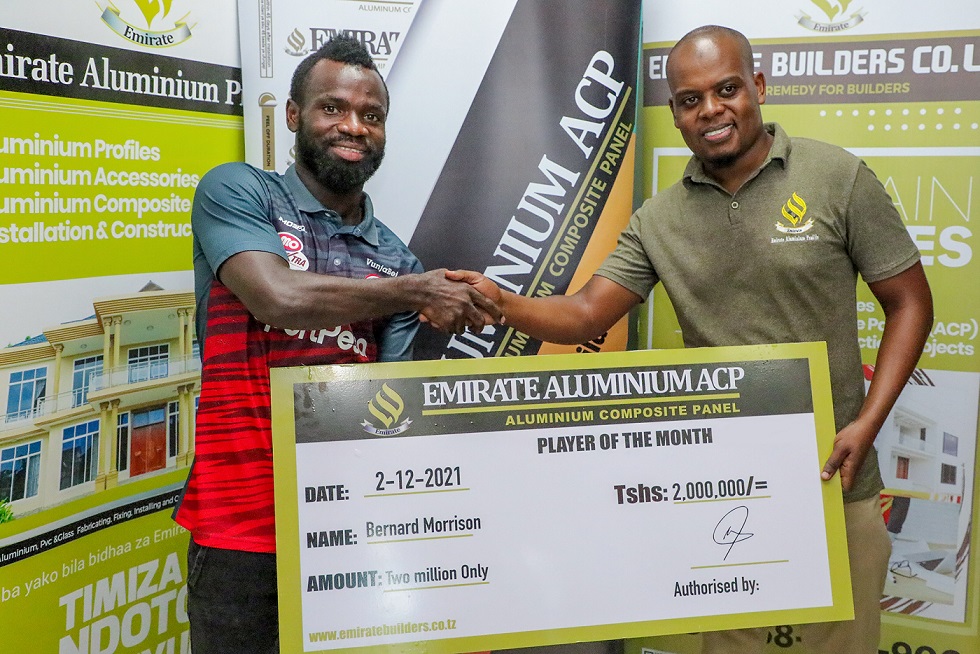 The sponsors gave Morrison Sh2,000,000 cheque as part of the prizes for winning the accolade.

Morrison earned the accolade after contributing four goals, scoring two and assisting the other two.

Speaking to Simba website after receiving the award, Morrison praised team mates for contributing to the accolade.

“I also congratulate those who entered the final and we all deserved to win but I have emerged victorious, I am happy and this keeps me committed to helping the team,” Morrison said.

He scored two goals and provided an assist last weekend when Simba strolled past Red Arrows of Zambia 3-0 over the weekend.

He said the race for the award was tight between Morrison and Medie Kagere.

“If you look at the ballot box you will find that these awards are followed by many people even our products are tracked in large numbers in the market that is what we are most interested in,” Maeda told Simba website.