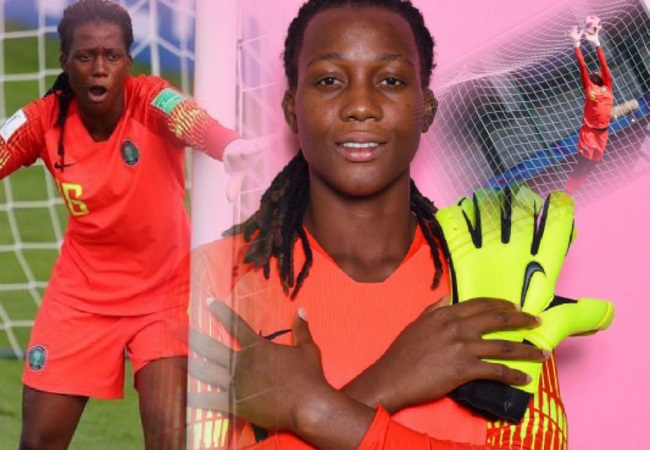 There was a three-way tie for seventh position with Chelsea goalkeeper Ann-Katrin Berger and Manchester City netminder Ellie Roebuck also accumulating five points in the poll.

And Former Coach of Super Falcons, Godwin Izilien, has described Chiamaka Nnadozie’s ranking as the world’s seventh best woman goalkeeper as a clear indication that Nigeria has abundant talented female footballers at the grassroots waiting to be discovered.

Izilien, who commended the Paris of France FC goaltender for putting Nigeria on the world map in women football, urged stakeholders in the ladies’ game to pay more attention to talent discovery, stressing that discovering and nurturing women players when they are still young will raise the country’s standard in the game.

“I am delighted on the news that Nnadozie has been rated the seventh best goalkeeper in the world. This is a remarkable achievement for the young lady, who started her football career in Nigeria.

“She played for the cadet teams and Nigerian clubs before moving abroad. I have said it before that Nigeria has talents in women football… All they need is to be discovered and exposed.

“Nnadozie’s achievement is a clear testimony that a player can be discovered in Nigeria and be among the best in the world when given the right exposure. Football stakeholders should leverage her achievements to look more to grassroots football development.

“Getting young talents from the grassroots remains the direction to develop women’s football in Nigeria.” He said.

The rankings of the women goalkeepers were for an aggregate of 2021 taking into consideration performances for their club and country.

Nnadozie also helped Nigeria to win gold medal at the African Games in Morocco, saving three penalties in the shootout against Cameroun.