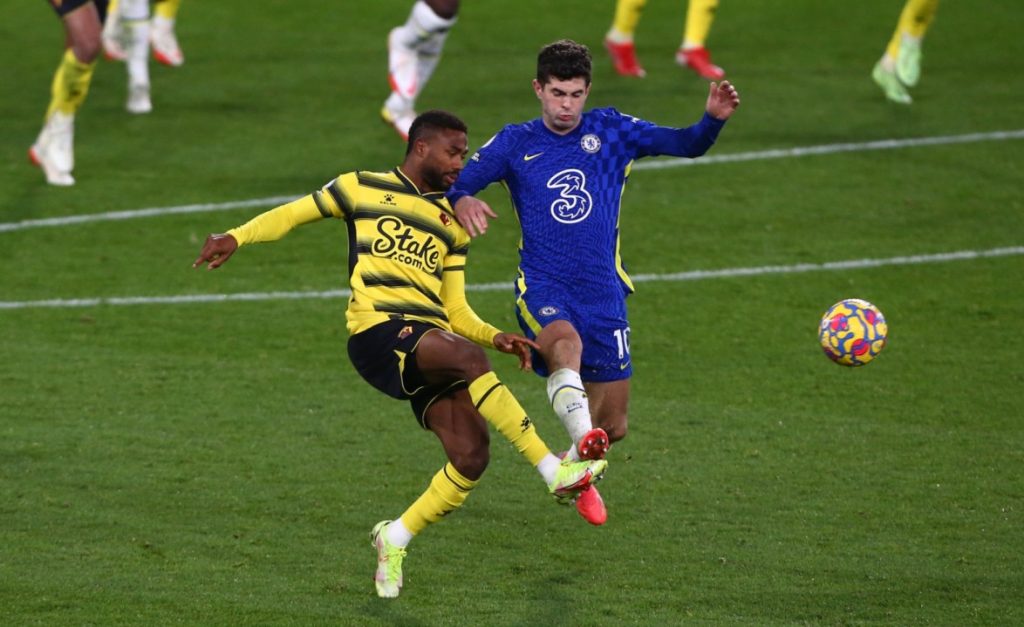 Nigerian striker Emmanuel Dennis has said he is gradually finding his feet in the rough and tumble of the Premier League at Watford in England.

Dennis said this after scoring on Wednesday when Watford suffered a 1-2 home loss to Premier League defending champions Manchester City.

“The result is unfortunate, they were lucky to take the three points. The intensity was good and we’re slowly understanding the way the manager wants us to play. We can see the progress in how we play so I’m really proud of the team, we just need to keep working hard and the results will come.”

Reflecting on the goal, the centre-forward said it was a matter of taking his chance.

“I knew if I tried to shoot he was going to open his legs and I was lucky to score in the end. I’m happy with the goal but in the end we didn’t get the three points. I’m just doing my job, I’m really happy I’m here and I’m enjoying being part of the team. I’m training well and being positive, and I’m really happy.”

It was his sixth goal across all competitions and he has also been providing assists for the Claudio Raniere-led side.

During the game, Moroccan international Hakim Ziyech came off the bench to score the winner over Watford.

“This is one of the reasons why the coach brought me on so I have to be happy to score that decisive goal,” Ziyech told Chelsea website.

Ziyech was introduced in the second half to replace injured Trevoh Chalobah at Vicarage Road where Mason Mount had put the visitors ahead before Dennis equalised for the hosts.