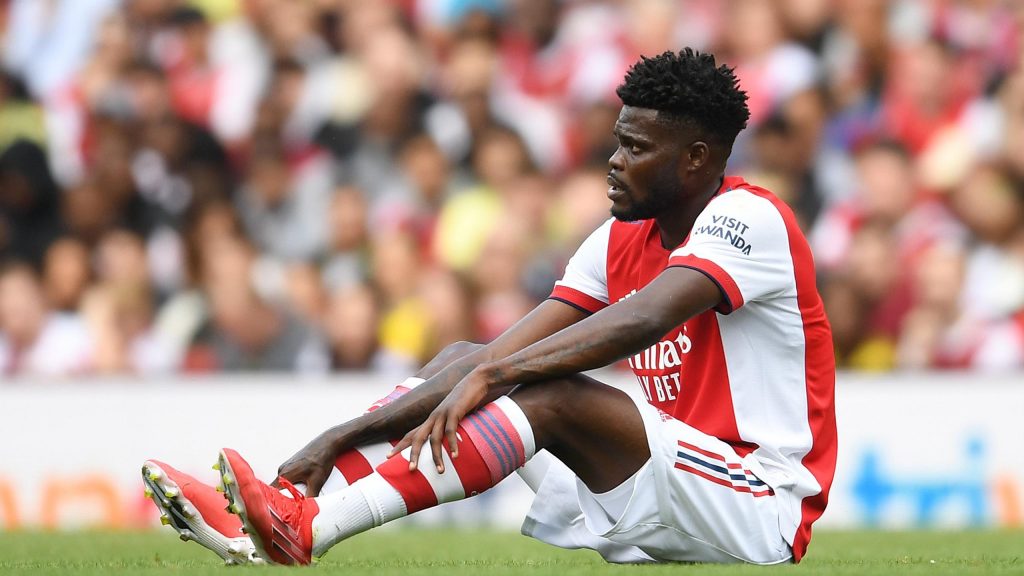 Arsenal midfielder Thomas Partey has admitted that he needs to work harder so as to bounce back to his best form for the Gunners in the Premier League.

The Ghana international was speaking to Arsenal website after the Gunners’ 3-2 loss to Manchester United at Old Trafford on Thursday evening.

“I think we’re improving each day and it’s gonna be good. If we want to be at the top it’s normal that we have to fight, we have to be under control and try to win the games,” he said.

The former Atleico Madrid midfielder said it was unfortunate that Arsenal lost the game, adding that they felt they did enough to get maximum points or at least a point.

“I think the team came out to win, we did everything we could, we played well, we created a lot of chances and I think that we were unlucky,” Partey told the website.

“They scored two goals and then a penalty. The team tried to improve, go forward and look for a goal, for the equaliser, but in the end it’s football, we have to forget about this game, we have to think of our next game, we have to do better and also to win.”

Partey joined Arsenal from the Spanish La Liga side but has been in and out of the first team due to nagging injuries.

Arsenal are on position five with 23 points from 14 games, two points in front of seventh-placed United and 10 points behind leaders Chelsea.