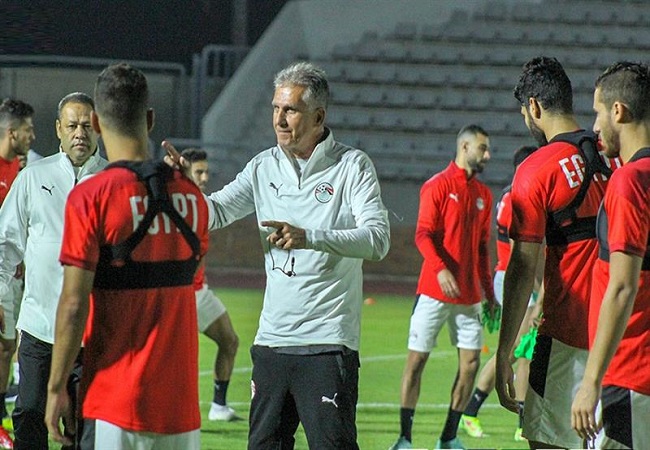 Egypt opened their FIFA Arab Cup campaign with an unconvincing 1-0 victory over Lebanon on Wednesday. And the Pharaohs will be looking to get the job done and qualify for the quarters of the competiton with one match to spare when they meet Sudan on Saturday.

The Pharaohs are aware they will be up for a tough test against Algeria in Group D final game, making it all the more important to overcome Sudan and go through before meeting their North African rivals.

Egypt, who like other teams in the tournament play without most of their European-based footballers, needed a second-half penalty from Magdi Afsha to down their unfancied opponents. However, coach Carlos Queiroz deflected the criticism his side received, saying they had controlled the entire game. And that they wasted several goal-scoring chances that could have given them  a “6-0 win”.

“Very pleased with the Team performance and fighting attitude. 90m focused on playing good football and win.” The Portuguese boss said on Twitter.

“Well done lads! I am sure the fans are proud of you. Now let’s continue do grow and work to be better. Thank you!”

With some of the players Queiroz kept faith in misfiring, it remains to be seen whether the former Real Madrid boss will ring changes.

Striker Marwan Hamdi, who has excelled with Smouha in the early stages of the Egyptian Premier League, failed to make any impact against Lebanon while Ahly’s forward Mohamed Sherif was disappointing as a left winger after being once again deployed in an unfamiliar position.

Egypt will miss Ahly’s defensive midfielder Hamdi Fathi against Sudan after he sustained a facial injury against Lebanon.

Sudan stunned Egypt with a 4-0 win in a friendly game the last time they met in 2008. They opened their Arab Cup Group D campaign with a 4-0 loss to Algeria.