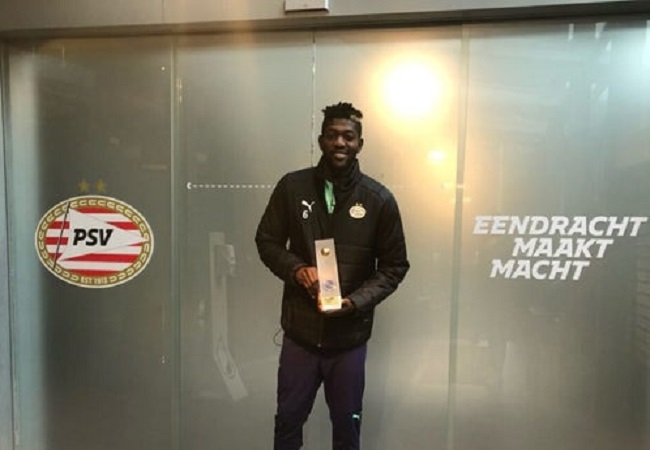 Ibrahim Sangaré received the player of the month award on Thursday, when he turned 24. It was the first time he received this prize. Sangaré made a move from Toulouse to PSV in the summer of 2020. And he has become an undisputed first- choice midfielder.

Sangaré was a key player for PSV in the wins over Fortuna Sittard (1-4) and Vitesse (2-0) and last week’s 1-1 draw with sc Heerenveen (1-1). PSV head coach Roger Schmidt lavished praise on the Ivory Coast international after the win over Vitesse.

“Ibrahim is an outstanding all-round midfielder and is strong on and off the ball. He is reliable as a defensive midfielder, closing down the opposition and winning the ball. But he is also a high-quality attack-minded midfielder.” Said the coach.

Sangaré had nine shots on targets, more than any other Eredivisie midfielder, delivered most successful passes (207) and won the ball 32 times.