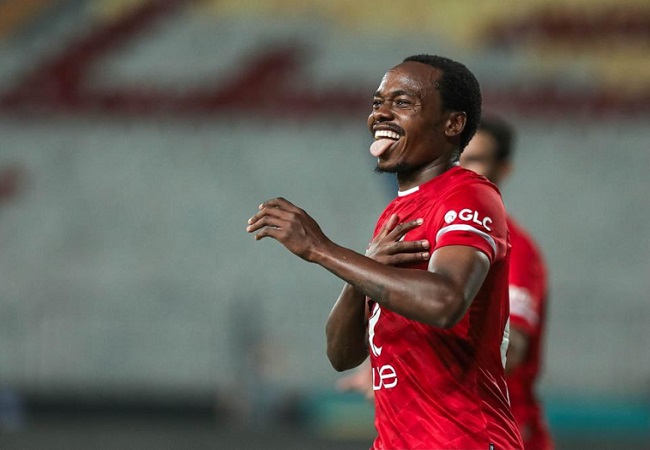 Al Ahly forward, Percy Tau, has been selected for the Egyptian Premier League Team of the Month for November. The Bafana Bafana striker is listed along with two other teammates.

Since the start of the season, Al Ahly have been dominating the Player of the Week Award, with five of the six awards being handed to a Reds player.

This is mainly due to the impressive start the Red Devils have had. They won all six of their opening games to top the league table, scoring 18 goals along the way and conceding just six.

With only three players allowed per team in the line-up, only the South African made the cut from Al Ahly along with Ali Maaloul and Aliou Dieng.

Zamalek winger, Ahmed Sayed Zizo, who sits on top of the goal-scoring charts with five goals, alongside Tau, was also included as well as teammate and Egypt centre back Mahmoud Hamdy El-Wensh.

Another team that has had a strong start to the season is Bank Al Ahly, who currently sit in fourth place and have the strongest defence in the league, having conceded just four goals. Therefore, it’s only natural that two of their defenders were selected, in Ahmed Yassin and Osama Ibrahim.