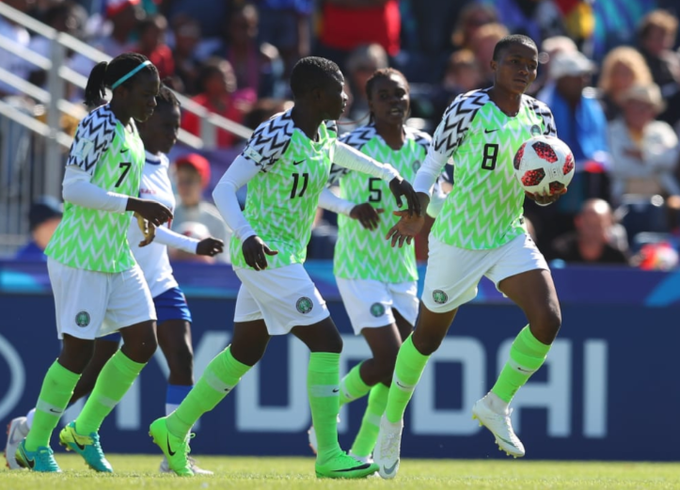 Nigeria Falconets edged closer to securing their ticket to the FIFA U-20 Women’s World Cup following a 4-0 win against Congo Brazzaville on Sunday.

The two-time World Cup silver medallists where on their perfect good games against their Congo opponent in Brazzaville in the first leg.

Congo headed into the game on the back of their surprise victory over Egypt and were hoping to capitalize on their home advantage.

Mercy Idoko gave the Falconets the lead in the 38th minute heading into the first half break.

Flourish Sebastine doubled the Falconets lead in the 47th minute.

From there on, the Nigerian ladies were in total control of the game as Esther Onyenezide’s 50th minute goal from the spot.

Five minutes later, Deborah Ajibola completed the routing and she netted the fourth goal to hand Congo a near-hopeless situation in the return leg.