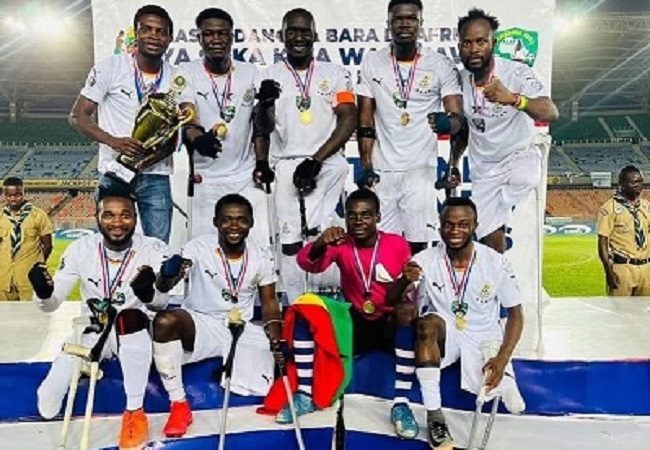 Ghana’s amputee football team, the Black Challenge emerged champions of the 2021 Amputee African Cup of Nations on Saturday at the Benjamin Mkapa Stadium. The ghanaian side put up a spirited performance in the final game to defeat Liberia 3-2 to become the champions of Africa in the competition hosted in Tanzania.

The Black Challenge started the campaign with a vintage show that saw them defeat Egypt 3-0 and followed it up with a 4-0 trouncing of Nigeria in a grueling quarter final match.

That set them up against Angola in a thrilling semifinal game which they emerged victorious.

Liberia offered the stiffest opposition in the finals. But the Ghanaians gave a good account of themselves, winning 3-2 to become continental masters.

“Congratulations to the Ghana Amputee National team for winning the 2021 Amputee African Cup of Nations.” John Mahama shared on his Facebook page moments after the victory.

According to the former president, he received notification earlier in the day to make time to watch the finals against Liberia. But his activities in The Gambia presidential elections did not allow him.

“I am happy to hear of your 3-2 victory against Liberia. The team deserves all the applause for winning the trophy.” He said.