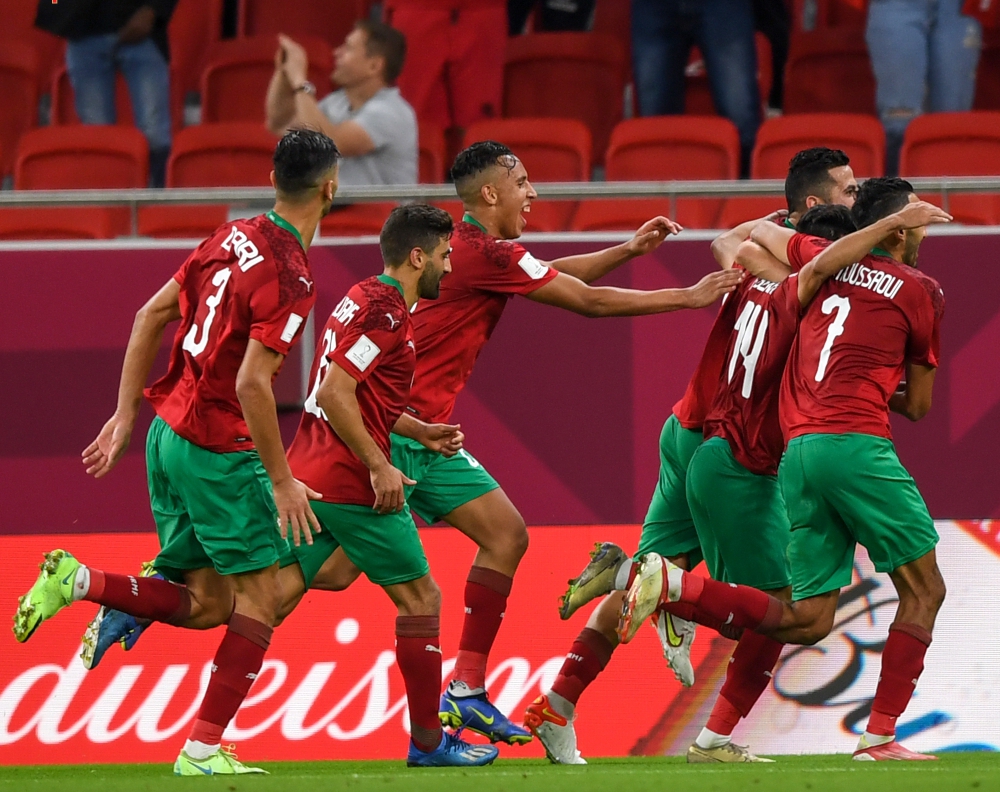 Morocco wrapped up their group stage of the ongoing FIFA Arab Cup unbeaten following their 1-0 win against Saudi Arabia.

The Atlas Lions having won their first two opening game, had secured a quarter final place and needed nothing to fight for.

However, they ensured that they finished top of Group C hbaing defeated Palestine, Jordan and Saudi Arabia.

Saudi Arabia where hoping to get their first win of the tournament to get a chance of reaching the quarter final having picked one points in their last two Group C games.

Karim El Berkaoui 45th minute from the spot was all Morocco needed to send Saudi Arabia away from the tournament.

They will know their quarter final opponent after the final Group D games.