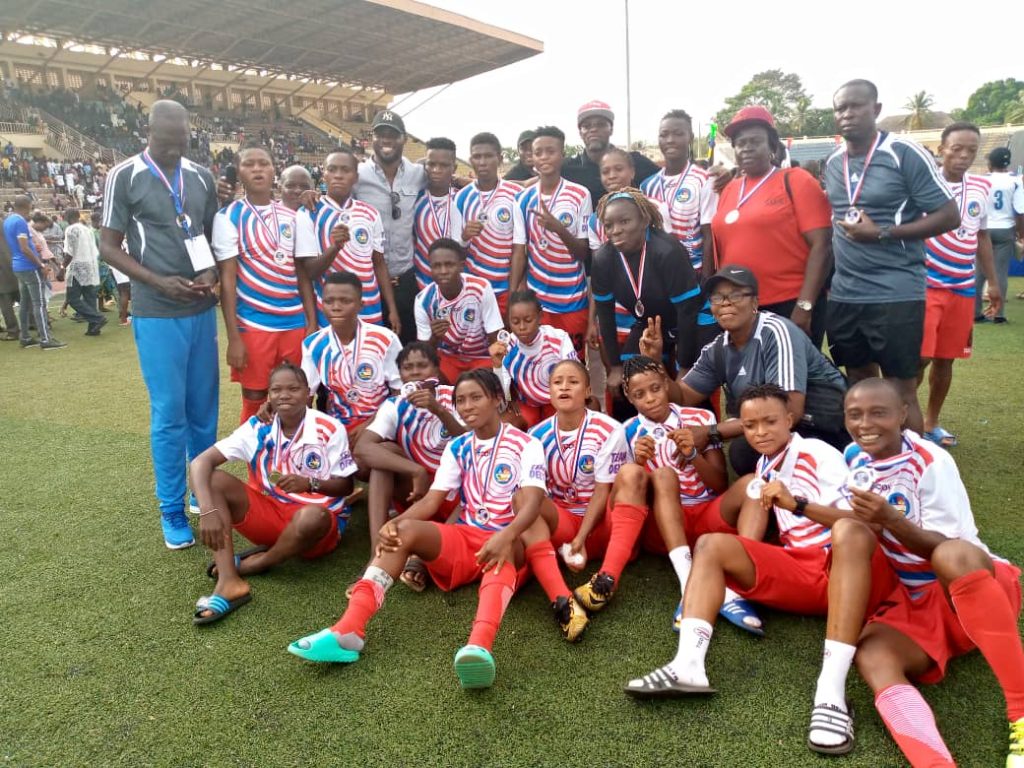 Ahead of the 2021-2022 Nigeria Women’s Premier League, the Management of Delta Queens Fc, says the team is set for the campaign.

The Club’s Chief Executive Officer, Henrrientta Ehiabor who disclosed this alongside the Head Coach, Daniel Evumena in a Press release, noted that the Okowa babes has the target to do better than it’s second place finish in last year’s edition of the league.

Speaking ahead of the Wednesday Cracker which will see the team peer up against rivals Rivers Angels Fc at the Stephen Keshi Stadium Asaba, Coach Evumena said no game will be taken as a walk over, be at home or away.

Speaking ahead of the game, the tactician who had been with the Nigeria female national team said he is expecting his players to give their best ahead of the season opener.

He noted that getting the maximum points is vital to his side’s chances of playing in the Super six.

He said the players are ready and prepared for whatever their opponent Rivers Angels would bring on the pitch.

Also speaking the team Executive Officer, Mrs Henrietta Ehiabor thanked the State Governor, Senator Ifeanyi Okowa for the support the teams has received ahead of the kick off.

The C E O also expressed gratitude to the chairman of the Delta State Sports Commisson, Chief Tonobok Okowa who she described as a result oriented chairman who has taken the welfare of the players as top priority.

Returning Coach Evumena will be in the dugout with Delta Queens against Edwin Okon tutoured Rivers United.

Delta Queens finished second in last season Super 6 and would be looking forward to doing better this year, starting with the game Rivers Angels.