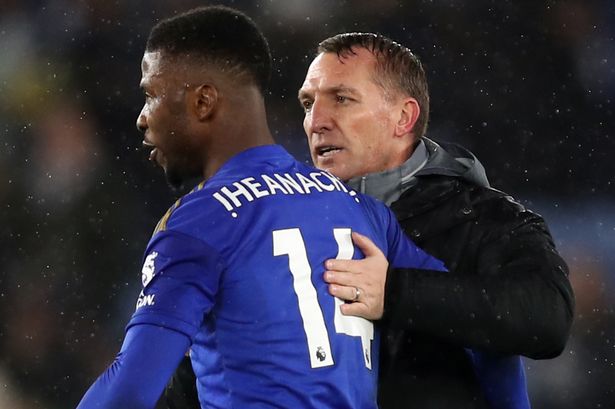 The Super Eagle has been struggling for playing time since the start of this season and the arrival of Zambian wonderkid Patson Daka.

The 25-year old played most of his 19 matches this season as a second-half substitute with the Foxes.

And the fans especially Nigerians are worrying about Iheanacho’s situation a month before the AFCON 2021 in Cameroon as he is one of the key pillars of Gernot Rohr’s roster.

Speaking to Leicester Mercury, Brendan Rodgers opened up on the reasons behind the former Manchester City’s tiny playing time this season.

“I think we’ve said it before: he’s best in a two, that’s clear, that’s when he’s been really good,” Rodgers said.

“He’s training well, he’s a great professional, Kels, and he knows he’s going to feature over the course of this period at some point.”

In adition, Kelechi Iheanacho scored 3 goals and provided 5 assists across all competitions in 19 appearances in this ongoing campaign.