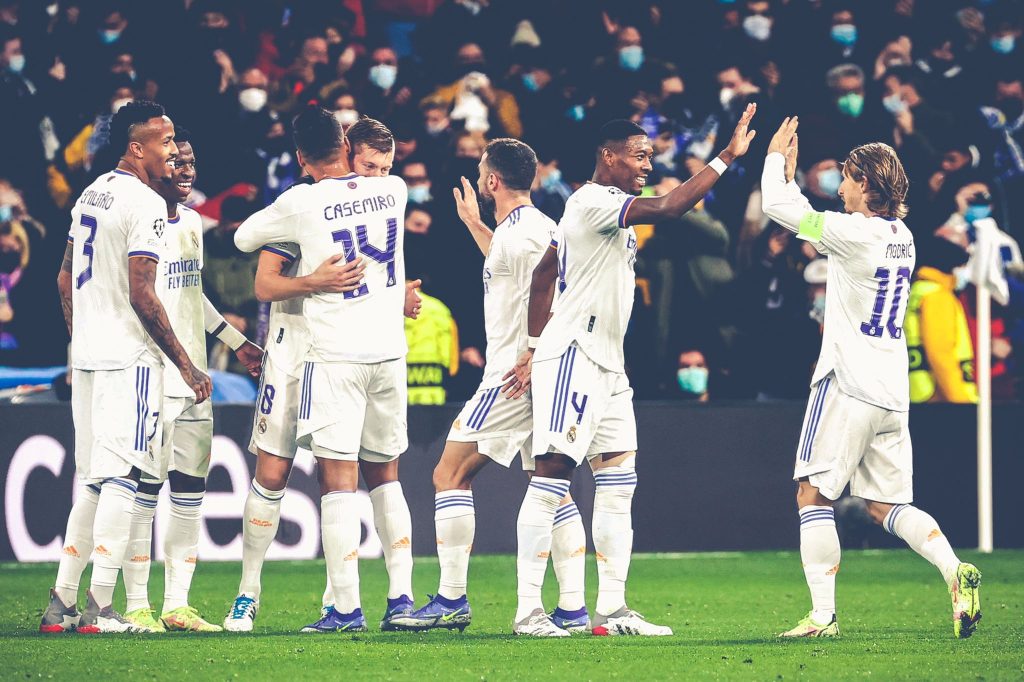 The Los Blancos had already booked their place in the knockout round heading to the game likewise the Inter Milan.

Inter needed to win and avenge their loss at home against Real Madrid and also to leapfrog their opponents.

Despite starting brightly,  it took 17 minutes for Toni Kroos to put the home team ahead from a pile driver against the of play.

Marco Asensio came off the bench and scored the second goal with 11 minutes left as Real Madrid did the double against Inter Milan.

In the other Group D game, newcomers, Sheriff booked their spot to the UEFA Europa League knockout stage following a 1-1 draw against Shakhtar Donetsk.

The Moldovan champions who are making their debut for the first time, scored a stoppage time goal to deny Shakthar in what would had been their first win.

Fernando put the home side ahead before the break as the hosts dominated, but their opponents grew in stature and levelled through Boban Nikolov at the death.

The result means for the first time in a decade, Shakhtar will not be involved in European football after Christmas.

They also failed to win a single game throughout the group stage.