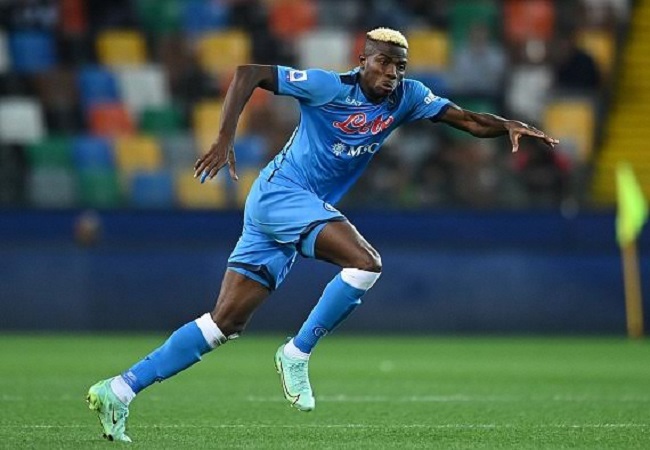 Super Eagles striker Victor Osimhen is back on the pitch for the first time since he suffered a left cheekbone and orbital fracture in Napoli’s Serie A clash against Inter Milan on November 21.

Osimhen suffered the nasty facial injury after colliding with Inter’s defender Milan Skriniar. The 22-year-old went through a successful but complicated surgery and was ruled out for three months.

However, Osimhen has made a swift recovery three weeks after the surgery as he was spotted on the training pitch for the first time since the injury.

In a picture posted on Napoli’s social media pages, the Nigerian international was spotted wearing a hoodie mask as protection while working with the ball.

The Neapolitans then posted another video where Osimhen was being put through his paces.

The latest news is a huge boost for Nigeria’s national team ahead of the Africa Cup of Nations, which kicks off in Cameroon on January 9.

The 22-year-old was Nigeria’s top scorer in the qualifying series. And the striker will be key to the Super Eagles chances of winning a fourth continental title.

However, it remains to be seen when he would be able to resume contact training.