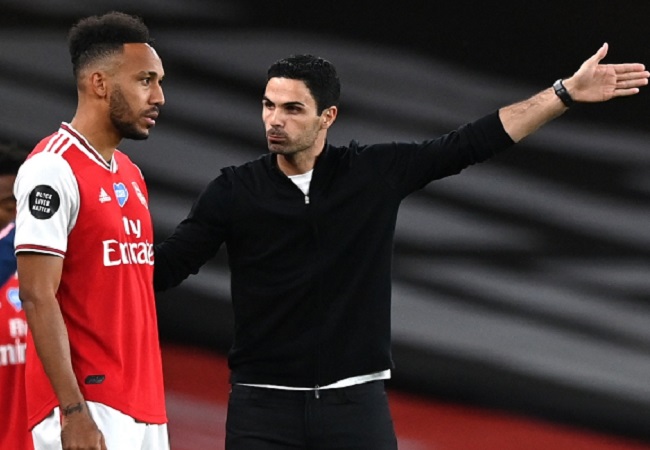 Arsena rebel Pierre-Emerick Aubameyang is no longer training with the Arsenal first-team. And the Gabonese international is not expected to return until after the Africa Cup of Nations at the very earliest.

Aubameyang was this week stripped of the Arsenal captaincy following another disciplinary issue, sitting out of their last two games against Southampton and West Ham United.

Mikel Arteta confirmed earlier today he will not be involved against Leeds United on Friday.

And according to the report by the Telegraph, the 32-year-old will be forced to train on his own away from the rest of the first team before being allowed to leave the club to link up with his international teammates ‘at the earliest opportunity’.

However, the report adds that Aubameyang himself has no clue about what Arteta actually plans to do with him right now, as the club will apparently reassess the situation once he returns from Cameroon.

On the other hand, the Daily Mail added that the Gunners are open to letting Aubameyang go during the January transfer window, with Barcelona among the clubs to have been linked with his services over the last 12 months.

Also Read : MIKEL ARTETA HINTS ON SELLING AUBAMEYANG IN JANUARY AFTER FALL OUT

While any offers will be discussed in the coming weeks, a summer exit is more likely.

In a statement released by the Gunners on Tuesday, it was announced that the Gabon international would no longer be skipper due to his ‘latest disciplinary breach’.

Aubameyang recently returned to the UK late after being given permission to fly to France to visit his mother, which is not the first time the striker has failed to be punctual.