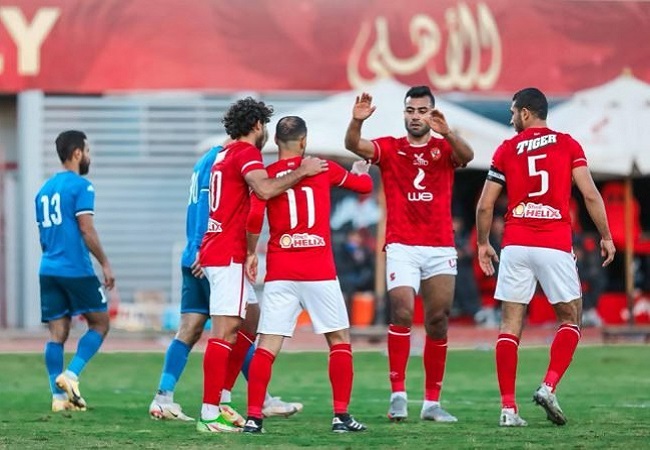 Title holders Al Ahly will face Raja Casablanca in the CAF Super Cup in Doha, Qatar next week. And the Egyptian powerhouse have announced their squad for the meeting.

The match is scheduled for Wednesday, 22 December with kick-off set for 17:00 GMT.

Al Ahly have enjoyed a red-hot start to the season and sit top of the Egyptian Premier League standings with a perfect record of six wins from as many matches.

Not only Al Ahly will enter the match in good form, but their squad has seen the return of several key players, including Mahmoud Kahraba and Mahmoud Metwally.

Ayman Ashraf and Ali Maaloul have also been confirmed in the squad despite suffering injuries during the Arab Cup. However, Salah Mohsen has been ruled out for injury.

Bafana Bafana star Percy Tau has been included in the 29-man squad.

Al Ahly are record seven-time winners of the CAF Super Cup. And they have finished as runners-up on two occasions.