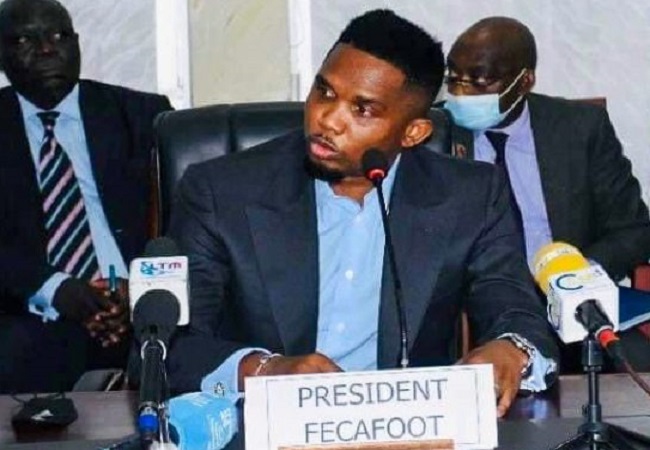 With Africa Cup of Nations set to start in less than one month, Cameroonian Football Federation president Samuel Eto’o believes there is no reason the African championship should not kick off in January.

Several rumours surged suggesting that the tournament might be postponed or even canceled.

The rumors have only gotten stronger as FIFA president Gianni Infantino backed the idea of postponement, believing it would be better if the AFCON is played in September.

However, both CAF and Cameroonian Football Federation presidents Patrice Motsepe and Samuel Eto’o believe there is no reason to postpone the tournament.Motsepe previously stated that he’s optimistic and excited about the tournament, expressing pride in African football.

Eto’o further confirmed the same notion. The Cameroon football legend claimed that there is no good reason to postpone the Africa Cup on Nations.

“I do not see a convincing reason to postpone the Africa Cup of Nations. The Euro was played during the pandemic with full stadiums.” Eto’o said.

“They played in many cities in Europe, so why shouldn’t we play in Cameroon? If some think we should postpone the tournament, they need to give a good reason.”