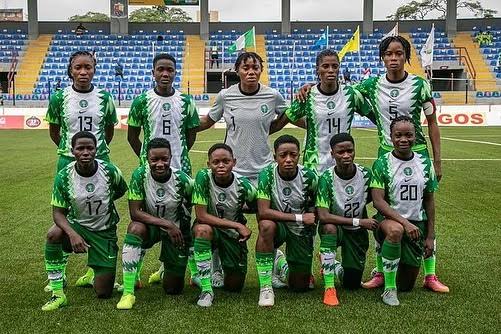 Nigeria’s female U-20 Team the Falconets have been drawn to face their Cameroonian counterparts in the fourth round of the FIFA U-20 Women World Cup in Costa Rica.

The Falconets for through to the fourth round after its third round opponents the Democratic Republic of Congo pulled out of the competition.

Falconets which had beaten the Congolese side 4-0 away in the first leg was drawn against their Cameroonian counterparts who also advanced to the fourth round after its third round opponents Gabon also withdrew from the qualifiers.

Both sides are joined in the fourth round by Ghana, Morocco, Senegal, Uganda,
Tanzania and Ethiopia with the first legs scheduled to hold between January 21
and 22 while the second leg matches will take place between February
4 and 6.

Morocco will face Senegal in the fourth round with Ghana taking on Uganda while Tanzania meets Ethiopia.

The final two teams will represent Africa at the biennial cadet women championship in Costa Rica later in the year.