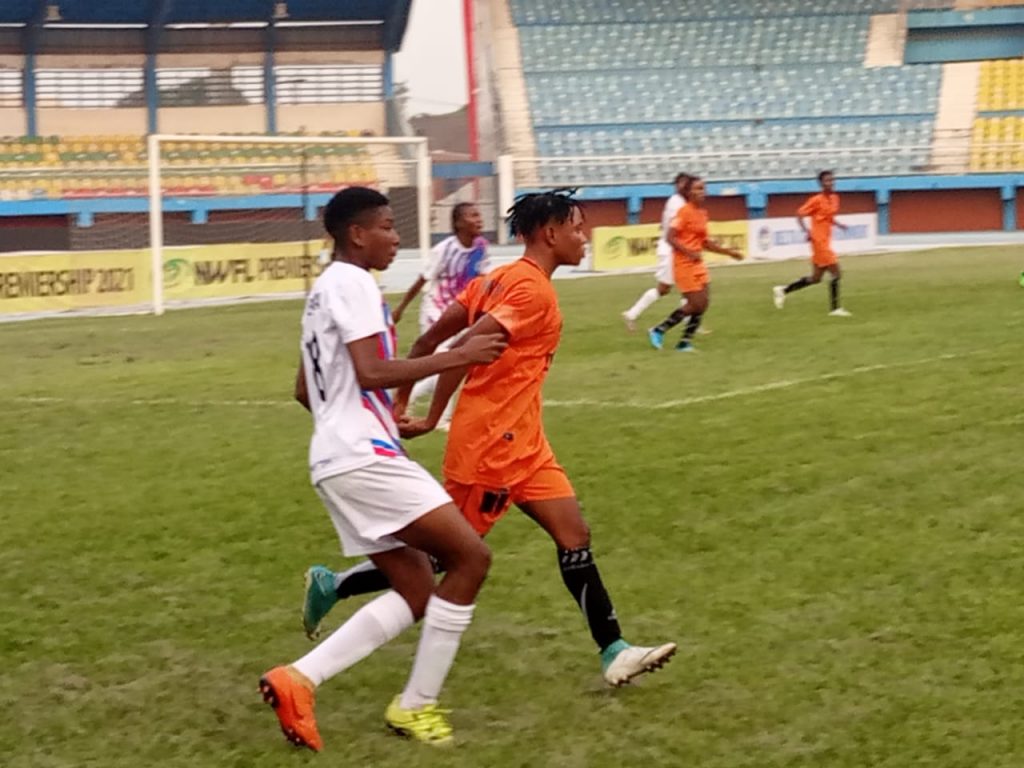 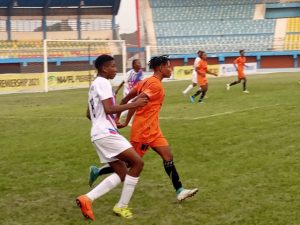 Delta Queens Football Club of Asaba wrapped up 2021 with a victory in the 2021/2022 Nigeria Women Football League NWFL Premiership.

Delta Queens defeated Sunshine Queens 1-0 at the Stephen Keshi Stadium Asaba in matchday 3 of the NWFL.

The Pearls having played draws in their previous two games against Rivers Angels and Bayelsa Queens were determined to ensure they ended 2021 on a winning note.

The coach Daniel Evumena’s tutored side took the battle into their visitors half from the kick-off to unsettle the Betty Babes.

Their quest for an early goal did pay off as forward, Peace Abbey latched onto a cross to beat the Sunshine Queens onrushing goalkeeper and scored in the 6th minute.

The host continued its search for more goals but the resilient Akure based outfit held
them at bay to keep the scoreline slim.

The Head Coach of Delta Queens, Evumena despite the victory described his side as still a work in progress saying the Technical Crew will continue to address the teams
weaknesses in a bid to build a solid side.

Coach Evumena said that the team which came together for the first time about two
months ago had continued to improve and asserted that the Asaba based outfit will take its rightful place in the league they will continue to seek victories in their
subsequent matches.

Meanwhile, Delta Queens players have been asked to proceed on a short holiday to
celebrate Christmas with their families and are expected to return to their Camp on January 2.