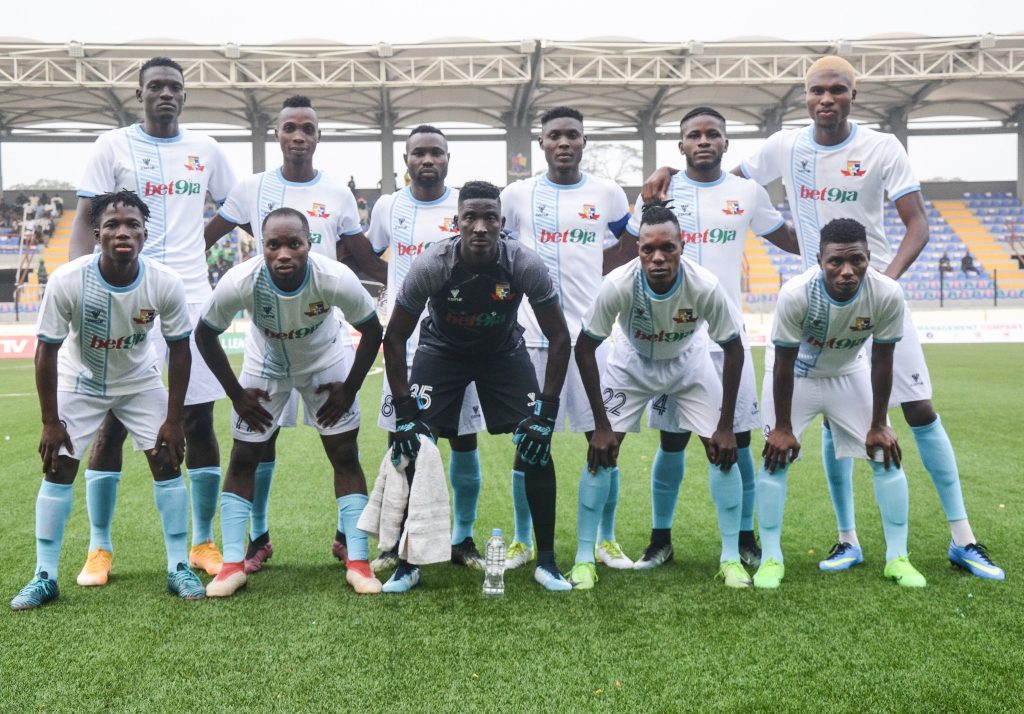 The NPFL entered Matchday 2 on boxing day which produced lesser goals than the opening day games.

A total of 16 goals was scored in all the ten games played, only Enyimba won away from home while three games ended in a draw.

Enyimba were involved in another Oriental Derby after opening the league with the city derby where they defeated Abia Warriors.

The People’s Elephant once again displayed why they are the club to beat in the South East.

Emeka Obioma came off the bench and scored a late winner in the 88th minute to hand Finidi George his fifth consecutive win in all games.

It was also the first away win in the NPFL against Rangers International FC since July 2015.

After getting approval from the League Management Company LMC, Remo Stars returned to their Ikenne home where they hosted Heartland.

Two quick goals from Andy Okpe in the 3rd and 5th minute and a Samuel Anakwe’s 72nd minute goal was enough to hand Gbenga Ogunbote side the maximum three points.
Okpe has now scored three goals in two league games this season.

Utibe Archibong put the visitors in front a minute before the half hour mark after he was teed up by captain Friday Ubong.

Mohammad Zulkifilu scored the decisive goal in the 5th minute as he nodded in a long throw from Daniel Itodo.

Rafiu Ishaq netted the opener from the spot in the 28th minute.

In the 28th minute, he added the second before Charles Akuneto scored the third four minutes later.

KANO PILLARS VS LOBI STARS
Four-time champions Kano Pillars were held to a 0-0 draw at home by Lobi Stars in Kaduna, while the encounter between Nasarawa United and Gombe United ended in a 1-1 draw.

Elsewhere, Abia Warriors pip Sunshine Stars 1-0 with Paul Samson netting the only goal of the game in the 28th minute.