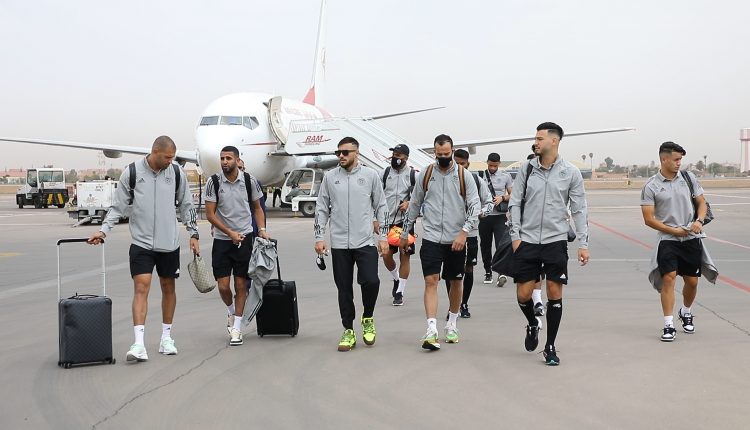 Algeria national team has arrived their Doha camp  in preparation of the African Cup of Nations AFCON in Cameroon.

The AFCON defending champions according to a statement made available to en.africatopsports.com said the team will play two friendly games.

The Dessert Foxes will play Gambia on January 1 before taking on Ghana on their last game before the tournament on January 5.

Read Also:AFCON: CAF Confirms Use Of VAR Throughout The Competition

“The national selection is expected at the end of the day in Doha, Qatar, to begin its preparation course for the CAN Total Energies – Cameroon 2021 which will take place from January 9 to February 6, 2022.

“The Greens will have to play two matches, the first on Saturday January 1, 2022 against Gambia, while the second is scheduled for Wednesday 5 against Ghana, still in Doha, before joining Douala the next day, the city where they will play in Group E in company from Sierra Leone, Equatorial Guinea and Ivory Coast.”

Algeria will be heading to the AFCON as one of the competition favourite having recently won the maiden FIFA Arab Cup in Qatar.