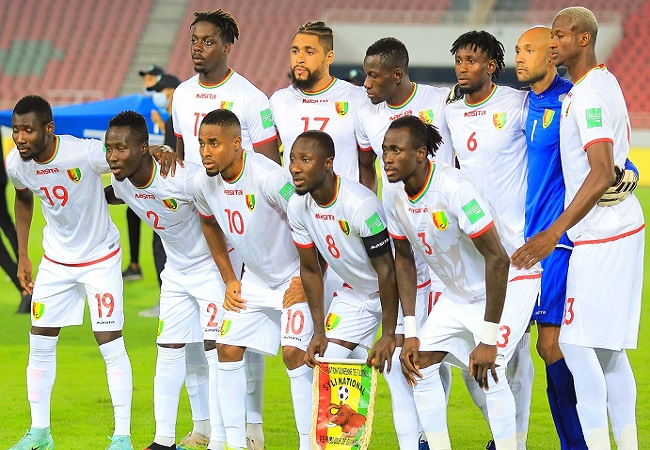 Guinea new strong man, President Colonel Mamady Doumbouya has warned his players they must win the Africa Cup of Nations, or pay back the money used to help them prepare for the tournament.

The Guinea Syli National captained by Liverpool star Naby Keita are in Group B alongside Malawi, Senegal, and Zimbabwe for the tournament that is set to begin on January 9.

Keita will join the team after Liverpool’s trip to Chelsea. The midfielder will be hoping to be part of only the second Guinea squad to progress beyond the quarter-finals in the competition and then go better than the runners-up of 1976.

However, the military officer Doumbouya who led a coup d’etat by the country’s armed forces against Alpha Conde and his government on September 5 has laid down a brutal ultimatum to Kaba Diawara’s men.

‘Bring back the trophy or bring back the money we invested in you. Period,’ the Guinea’s interim president said as quoted by Soccer 24.

Meanwhile, his country’s football team will look to defy their 40-1 odds when they begin their latest campaign against Malawi on January 10 at Bafoussam Omnisport Stadium Kouekong in Cameroon.

They then face Sadio Mane and his Senegal side four days later before ending their allotted set of group fixtures with a clash against the Zimbabwe on January 18.

Guinea who have never qualified for a FIFA World Cup finals, have made it to the quarter-finals on four occasions this century, most recently in 2015.

However, since then they failed to qualify for the tournament two years later and were then knocked out by Algeria in the round of 16 in 2019.

Keita will lead the charge this time around, and is joined by former Barcelona youngster Ilaix Moriba, now at RB Leipzig, and Roma midfielder Amadou Diawara in the squad.