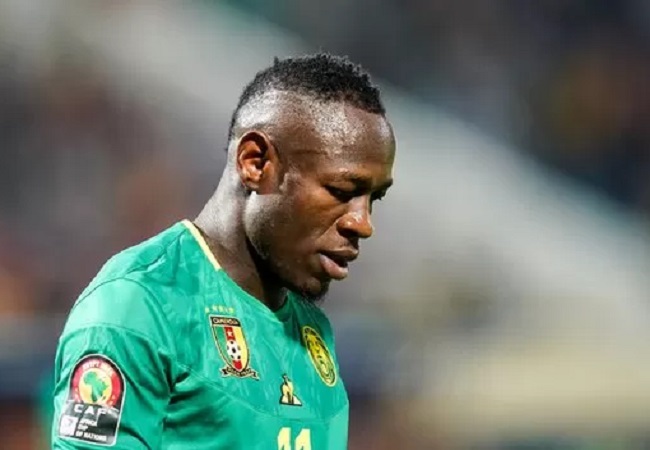 The African Cup of Nations will kick off on January 9 with the hosts Cameroon taking on Burkina Faso. But the five-time winners’ preparations for the month-long tournament have been hit after four players from their squad tested positive for COVID-19 in the latest screening.

This could not put the Lions in mood for celebrations, as the event came amid sudden and growing concerns that the fast-spreading Omicron variant could cause major disruptions.

The news comes as defending champions Algeria, who play Sierra Leone, Equatorial Guinea and Cote d’Ivoire in the group stage, are also suffering a coronavirus blow.

Earlier, another title favorite Cote d’Ivoire announced that several Europe-based players had tested positive upon their arrival with the national squad, but they didn’t disclose their identities.

Meanwhile, Barcelona announced that their Moroccan prospect Abde Ezzalzouli was in isolation after testing positive for the virus.

The European Club Association has expressed “deep concerns” about whether players would be safe at Africa’s football showpiece, which was originally scheduled to be played last summer. But the competition was postponed due to the pandemic.

However, Confederation of African Football (CAF) president Patrice Motsepe has been bullish, insisting the first African Cup in the pandemic era will go ahead smoothly.