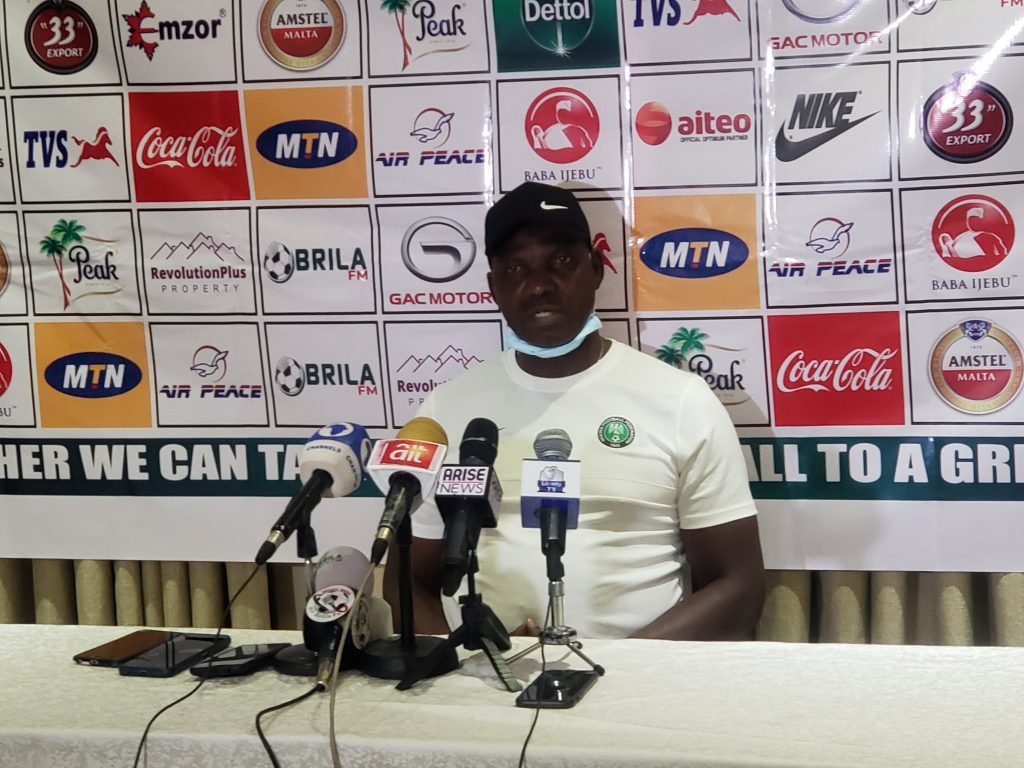 Super Eagles interim coach Austin Eguavoen has hinted that if Odion Ighalo fails to turn up to camp before 5pm on Tuesday, he would be replaced.

He however did not mention the players that would likely replace Ighalo.

Ighalo is among the five players expected to join the Super Eagles squad on Tuesday but the forward Is yet to arrive Abuja.

Eguavoen who spoke with the media ahead of the team departure in Wednesday also said he wants to win the African Cup of Nations, AFCON.

Read Also:AFCON: Super Eagles Camp Swells To 23 As Ndidi, Others Arrive From England

He also revealed that the coaching crew has gotten the video of their opponents.

“If we don’t have any positive news on Ighalo by 5pm, I will replace him.

“I want to win the AFCON, but no one knows tomorrow. We will work hard towards our target.”

“We have gotten videos about our opponents and we are still working on more details about all our opponents.”

On the team selection, Eguavoen noted that he selected the best 28 players for the competition..

“Of course not, I won’t make excuses about the situation.

“We have selected the best 28 and we missed out on a few. It will be a serious team bonding.”

Eguavoen defended his decision to invite Henry Onyekuru and Peter Olayinka following the withdrawal of Victor Osimhen and Emmanuel Dennis.

“I have seen Olayinka play, because of time factor I decided to stick to players I know. Amoo is good, but Onyekuru has always been around. Apologies to those not here, we can’t have all the players.

The former Super Eagles defender defended his decision not to select just John Noble as the only local players.

“The challenge for us is the little time we have to prepare for the competition.

“That didn’t give us room to invite more home-based players.

“I initially wanted to include four or five players from the NPFL in the team, but there was no way we could do that with the limited time we have to prepare for the competition.”

The Eagles will open their 2021 AFCON campaign next Tuesday against seven-time champions Egypt.

Sudan and Guinea Bisau are the other teams in Group D.