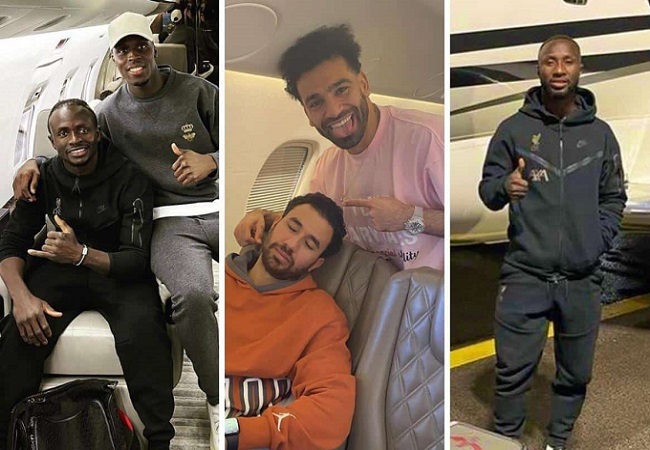 After the final whistle of Liverpool’s game against Chelsea on Monday, Mohamed Salah, Sadio Mane and Naby Keita wasted little time in starting their preparations for AFCON as they each boarded a jet just seven days out from the start of the tounament.

Liverpool’s time without African superstars has thus well and truly started, with all three jetting off to join their national side.

Mane joined Chelsea‘s Edouard Mendy on a private jet, Salah was accompanied by national compatriot Trezeguet and Keita made his own way to Rwanda to link up with the Guinea squad – who were given a bizarre pep talk.

Keita and Mane will be the first to get their AFCON campaign underway with their respective opening game scheduled for January 10, while Salah will feature a day later for Egypt.

And January 14 will see Liverpool’s No. 10 and No. 8 go head to head after both Senegal and Guinea were drawn in Group B, making it a must-watch for Reds.

At a time when Covid is prevalent and there are still injuries to manage, it leaves Liverpool without three key assets but the show must go on.

However, Salah, Mane and Keita left with the club’s best wishes, with Pep Lijnders encouraging them to “Go and try with everything you have and try and win it. Then you become an even bigger legend.”