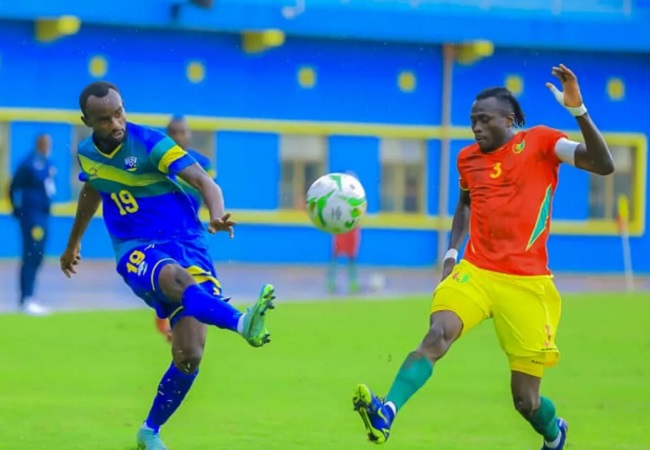 Forward Muhadjiri Hakizimana opened the scoring in the 22nd minute. Police FC teammate Dany Usengimana added the second goal in the 47th minute. Winger Fred Muhoozi completed the rout in the 73rd minute to make it 3-0 for the Amavubi.

This was Rwanda’s first win against Guinea in their last five meetings.

“This has been a very good friendly match for us. Because it gives us the opportunity to identify and improve on the weak areas.” Said Guinea’s coach Diawara after the match.

Guinea are placed in Group B alongside Senegal, Zimbabwe and Malawi for the AFCON 2022. The Syli National will play their second international friendly match against the Amavubi Stars on January 6th.