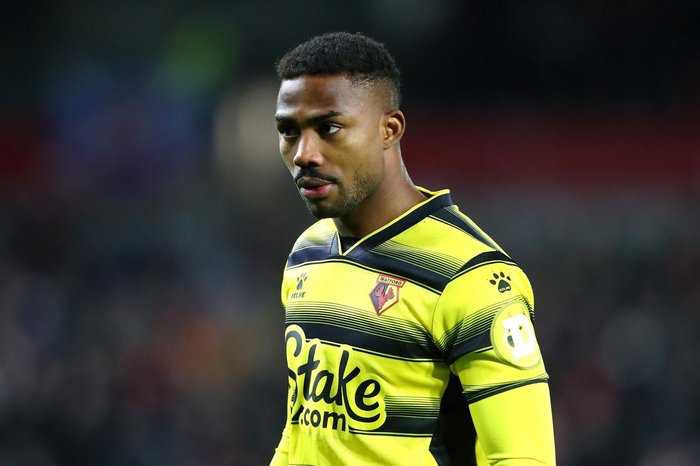 Watford forward Emmanuel Dennis has been crowned the winner of both the Stake Player of the Month and Goal of the Month awards for December.

The club in a statement on its official website said Dennis defeated his teammate, Moussa Sissoko to the award as player of the month.

The in-form forward hit the ground running during the first half of his maiden Premier League season and has now clinched the Player of the Month gong for the third time (August, November and December).

In the POTM competition the Nigeria international was positioned against Men’s teammate Moussa Sissoko, and Golden Girls Emma Beckett and Georgie Ferguson.

Despite the postponed games and the strong group of nominees, Dennis was able to maintain his form taking his tally for this season to eight goals with three more strikes against Chelsea, Brentford and West Ham United.

In the Goal of the Month category, the 24-year-old faced tough competition with three other wonderful strikes over the festive period.

With two composed finishes in the running for the plaudits, it would be the latter against West Ham, Watford’s final goal of 2021, that would secure Dennis’ title.

The forward produced a fantastic move to find the top corner with his left foot, dribbling past West Ham’s centre-backs to release a devastating finish into the opposite corner.

Dennis was not released by Watford to represent Nigeria at the African Cup of Nations in Cameroon.

The club noted that the invitation came quite late which hampered the forward from joining the Super Eagles .